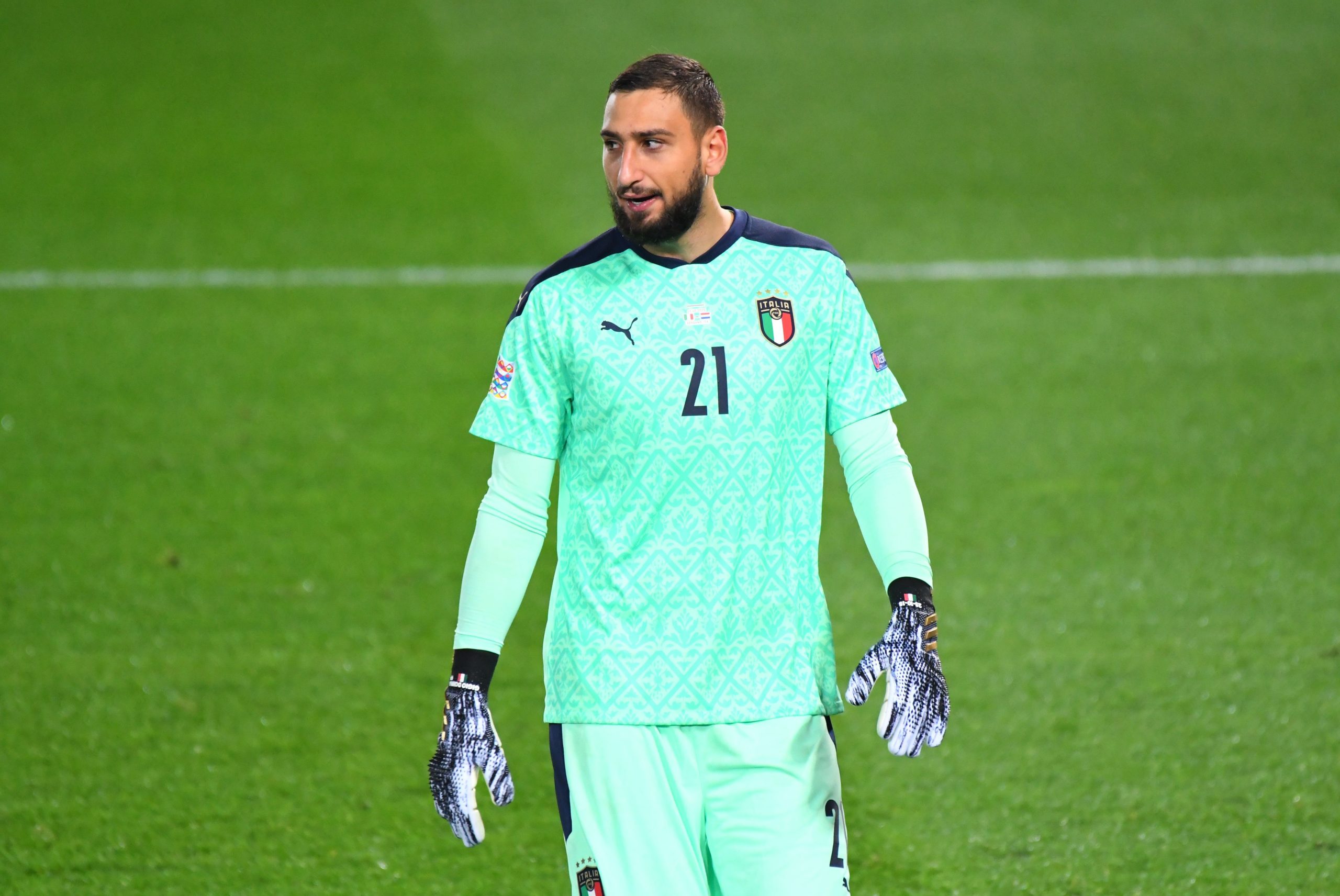 AC Milan have confirmed that goalkeeper Gianluigi Donnarumma and winger Jens Petter Hauge have tested positive for COVID-19 ahead of tonight’s Serie A clash against AS Roma.

The Rossoneri have made the perfect start to the season with 12 points from four matches and they are currently the only team across Europe’s top-five leagues with a 100 percent win record.

They have the opportunity to go four points clear at the top of the table with a victory against Roma, but manager Stefano Piolo will have to do without the services of Donnarumma and summer signing Hauge.

The duo tested positive for the coronavirus during a series of swab tests conducted on conducted on Sunday and they have gone into isolation in their respective homes.

Donnarumma has been the undisputed first-choice goalkeeper for the Rossoneri since his breakthrough season as a 16-year-old during the 2015/16 campaign.

Still 21, the Italy international has already amassed 211 appearances across all competitions for the Milan giants. He has conceded an average of just over one goal while keeping 77 clean sheets.

In his absence, Ciprian Tatarusanu is likely to take over the goalkeeping duties. The 34-year-old joined the club from Lyon this summer and he has been an used substitute to date.

In that case, Donnarumma’s elder brother Antonio could feature on the bench. The 30-year-old goalkeeper has been with the Rossoneri for three years, but he has yet to make his Serie A debut for Milan.

Meanwhile, Hauge won’t be a huge miss for Pioli’s men, considering he has yet to make his mark. The Norwegian has played just 19 minutes of first-team football since his move from Bodo/Glimt earlier this month.

Hauge, 21, is certainly a player to watch out for in the future, having bagged 35 goals and 30 assists in 117 games for his former club. The Rossoneri will be hoping that the duo can make a swift recovery from the virus.