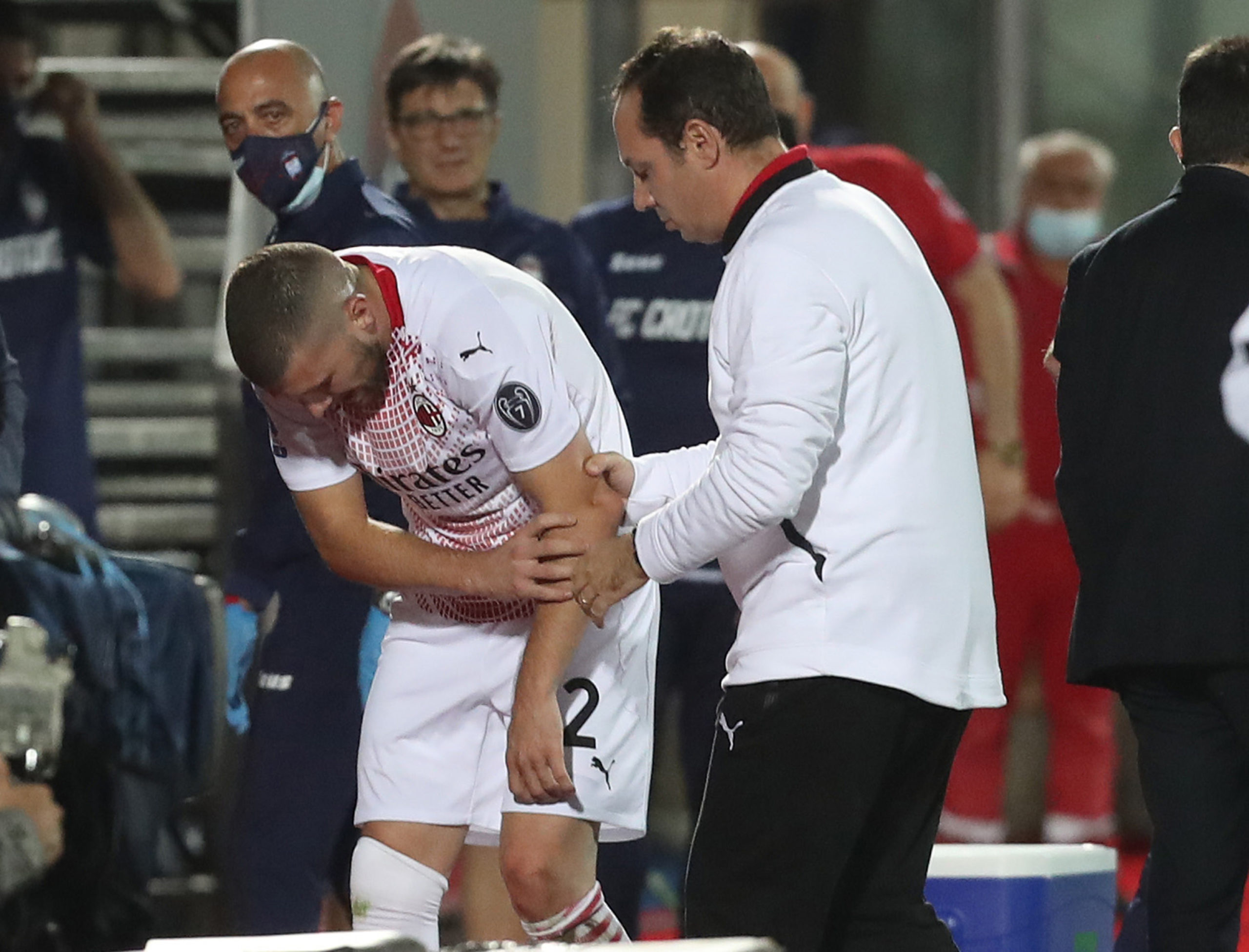 AC Milan preserved their 100 percent league record on Saturday as they picked up a comfortable 2-0 win over newly-promoted Crotone on the road.

However, the Rossoneri had to deal with the absence of Zlatan Ibrahimovic after testing positive for COVID-19 while Ante Rebic suffered a dislocation to his left elbow prior to the hour mark of the game.

Hence, academy graduate Lorenzo Colombo was called up to replace Rebic for the backend of the contest and he could be the first-choice striker for the forthcoming matches.

According to Antonio Vitiello of Milannews.it, Rebic had his elbow corrected by the Rossoneri medical staff in the dressing room and he is currently in hospital for further examination.

The Rossoneri have gone unbeaten for 17 matches across all competitions, but they have suffered an untimely setback with Ibrahimovic and Rebic out of contention due to different reasons.

Of course, they still have Rafael Leao as a senior centre-forward option, but the Brazilian has recovered from COVID-19 himself and he is currently working his way back to match fitness.

Meanwhile, Rebic has not suffered any fracture to his left elbow and that is definitely a positive for the Rossoneri. They will be hoping that he can make a swift recovery from the setback.

Colombo was recently on the scoresheet during the Rossoneri’s 3-2 win over Bodo/Glimt in the third qualifying round of the Europa League. He is likely to lead the line for the play-off encounter against Rio Ave on the road.