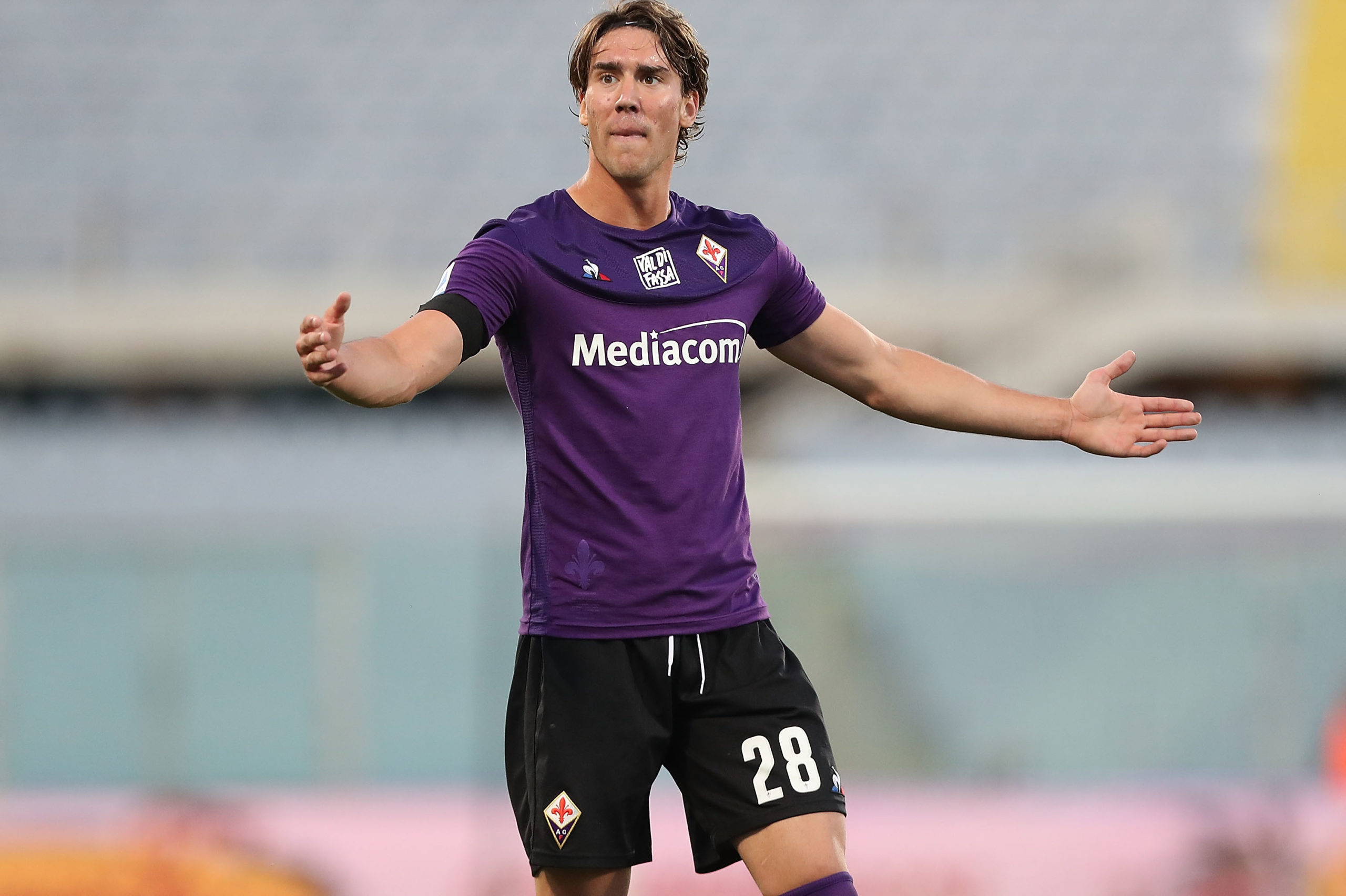 According to Calciomercato’s Fabrizio Romano, AC Milan will look at the prospect of signing Fiorentina striker Dusan Vlahovic during this summer’s transfer window.

The Rossoneri have reportedly agreed a contract with Ralf Rangnick for the head coach role and the German is scheduled to replace Stefano Piolo at the helm at the end of the season.

Meanwhile, the 62-year-old has also been fancied to takeover from Paolo Maldini as the sporting director and it appears that he has already started working on the transfer plans for the summer.

As per Fabrizio, Rangnick is eager to secure the long-term future of Ante Rebic with the club. The Serbian is currently on a season-long loan deal from Eintracht Frankfurt, but Rossoneri are expected to negotiate his permanent transfer in the coming weeks.

Elsewhere, the progress of Vlahovic with Fiorentina appears to have grabbed the German’s attention. The 20-year-old has bagged nine goals and two assists from 30 appearances this term and Rangnick is looking at the prospect of pairing him alongside Rebic upfront next season.

Rangnick has been lauded for his ability to judge young talent and he has previously recruited the likes of Sadio Mane and Naby Keita for Red Bull Salzburg when he was their sporting director. The duo are now in the ranks of Liverpool, who were recently crowned as the Premier League champions.

As such, there will be plenty of expectation on the shoulders of the German and the Rossoneri are likely to back him in the market, particularly in the pursuit of young players, who can make steady progression with the club and help them challenge at the top of the table in the coming years.

At present, Rebic, Rafael Leao and Zlatan Ibrahimovic are the centre-forward options at hand for the Rossoneri. Out of the trio, it is unclear whether Ibrahimovic, now 38, will stay put with the club beyond the expiry of his contract next month.

In case, he decides to leave the club, Rebic and Leao would remain the only strikers available for next season and that should pave the way for another new signing. Vlahovic is regarded as one of the best upcoming centre-forward prospects and his physical presence and finishing qualities in front of goal have reportedly impressed Rangnick.