AS Roma give up on signing Premier League centre-back 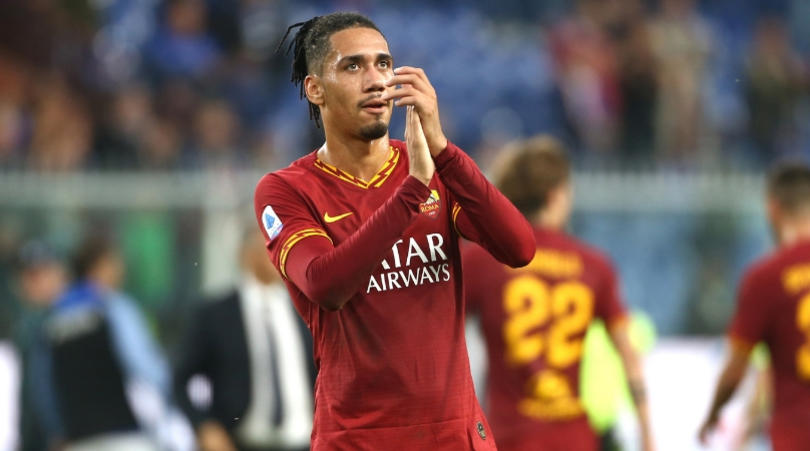 AS Roma have ended their interest in signing Chris Smalling on a permanent deal after learning of the asking price from Manchester United, a report from Tuttosport claims.

The England international joined the club on a season-long loan at the beginning of the season after he became out-of-favour for a starting role at Old Trafford.

Over the course of the campaign, Smalling has been a regular at the heart of the backline for the Giallorossi and he has caught the eye with his defensive displays in the 29 appearances.

Earlier this month, Roma boss Paulo Fonseca confirmed that the Serie A outfit remain keen on securing a permanent deal for the centre-back but it appears that they have now ended the pursuit.

United are said to demand around £18m for the permanent sale of Smalling during the summer and the Italian outfit are unlikely to afford the sum, particularly with the financial repercussions of the coronavirus pandemic.

Smalling is presently contracted to the club until the end of June but the Serie A campaign is expected to extend beyond that period with the ongoing suspension because of the COVID-19 outbreak.

There has been no official confirmation whether Smalling will remain at Stadio Olimpico for the rest of the season but Corriere dello Sport (h/t The Mail) reported last month that Roma have reached an agreement with United over a short-term extension.

The Bundesliga recently became the first major European league to return to action but the Serie A won’t restart until next month with the teams only expected to resume group training from Monday.

Roma are currently three points behind fourth-placed Atalanta, who have an extra game in hand. Qualification to the Champions League could be key to keeping hold of their leading players ahead of next season.