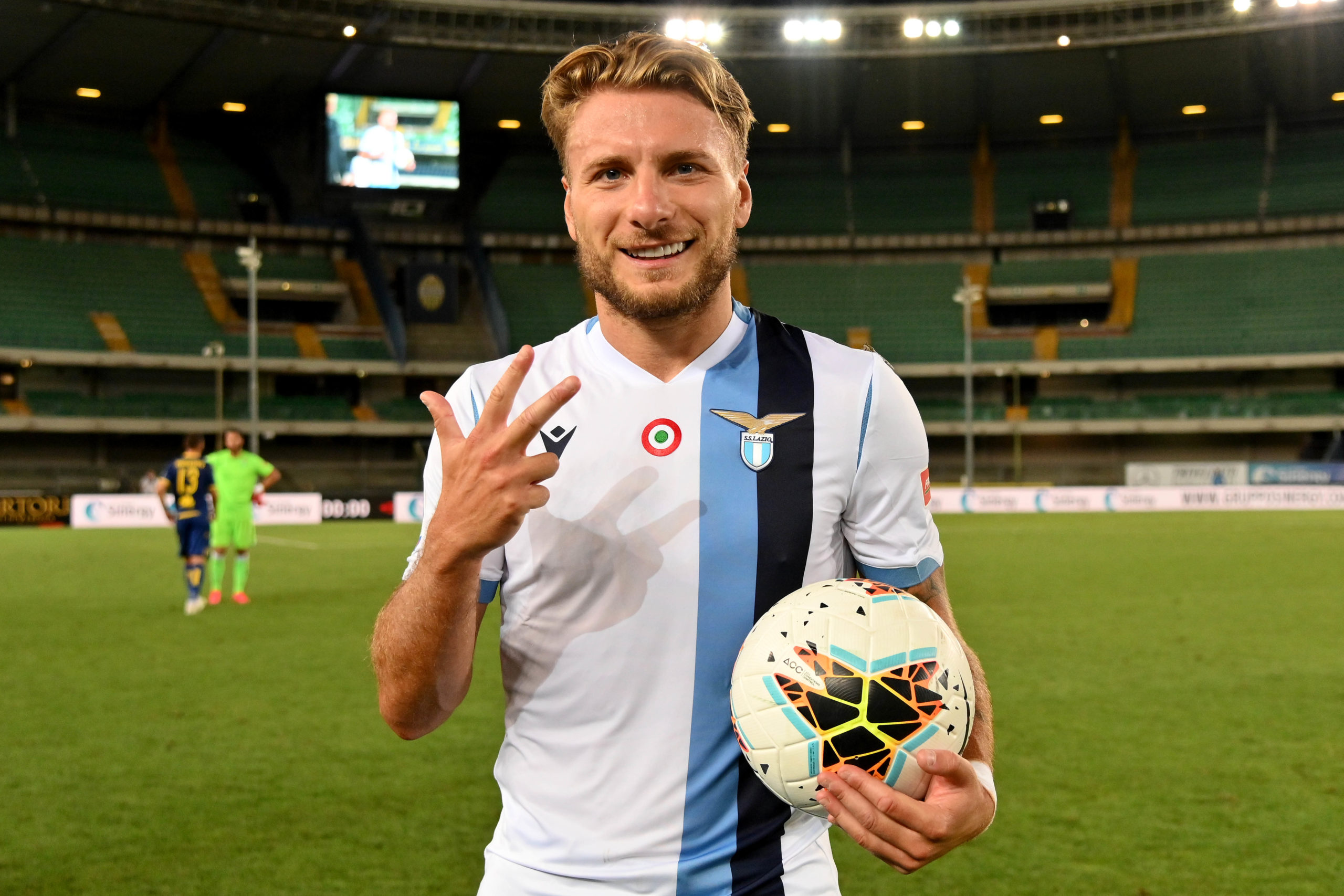 Ciro Immobile has put himself in a good position to become the all-time highest goalscorer in a single Serie A season following his hat-trick against Hellas Verona last weekend.

The Italy international has enjoyed a superb season on a personal level with Lazio and he has registered 37 goals across all competitions, 34 of which have come in the Italian top-flight.

He currently has three more league goals than Juventus’ Cristiano Ronaldo and he is definitely the favourite to win the Capocannoneire trophy with just two matches remaining in the season.

Meanwhile, Immobile has also matched Lewandowski as the highest scorer across Europe’s top-five leagues this season and he should fancy his chances of scoring more with relegated Brescia to face on Wednesday night.

However, the main target for him should definitely be the single scoring record in the Serie A, which is currently held by Gonzalo Higuain, who netted 36 times for Napoli during the 2015/16 season.

The 30-year-old needs three goals to surpass the feat achieved by the Argentine and it remains to be seen whether he can etch his name into the record books.

Still, Immobile would have rather preferred to be competing for the Serie A crown than vying for personal honours at the current phase of the campaign.

Lazio were in exceptional form in the Italian top-flight before the coronavirus shutdown in early March and they were just one point behind Juventus with 12 matches left.

However, the COVID-19 break worked against them and their promising title challenge fell apart when the league season resumed after three months in late June.

Juventus were recently champions for the ninth-straight season. Lazio, meanwhile, are down in the fourth spot with an eight-point deficit. They have suffered four league defeats since the restart, having lost just three of the 26 games before the shutdown.

Serie A 2019/20: Key matches to watch out for on restart
Ciro Immobile matches single season Serie A scoring record