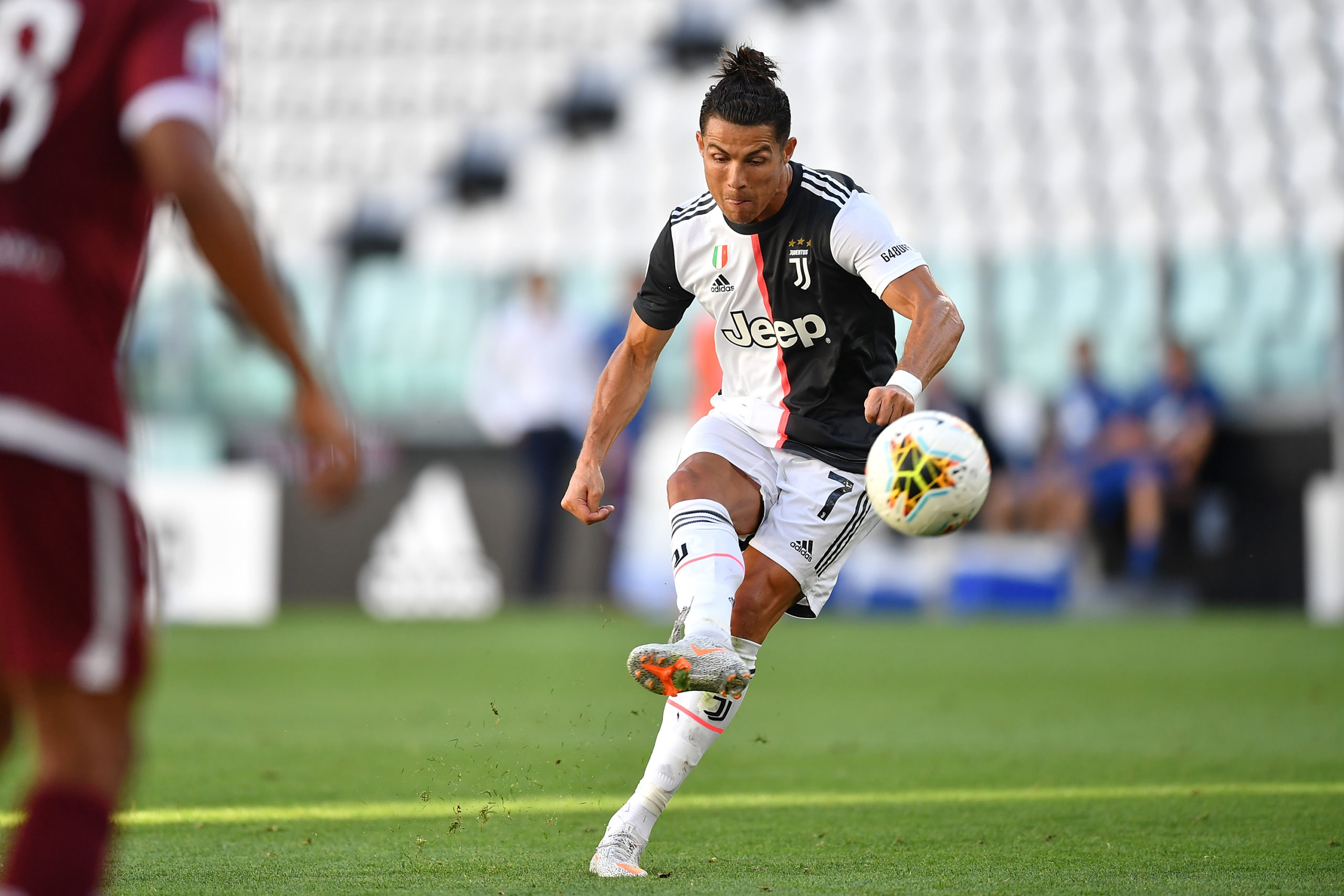 Juventus have been in fine form since the season resumption after the COVID-19 break and they picked up a seventh-straight victory in the Serie A following a comfortable 4-1 win over Torino on Saturday.

Paulo Dybala put the Bianconeri ahead in the Turin derby after just three minutes on the clock and the advantage was doubled before the half an hour mark through Juan Cuadrado.

Andrea Belotti brought Torino back into the game with a first-half stoppage time goal, but they could not overturn the deficit. Cristiano Ronaldo scored his first free-kick goal for the club following the hour mark, and that will have come as a huge relief, given he had failed to convert from his previous 42 free-kick attempts.

Elsewhere, the Portugal international also matched a long-standing record of the Bianconeri as he became the first player in 60 years to score 25 league goals for the club in a single season. That is definitely a surprise statistic.

Meanwhile, Maurizio Sarri’s side completed the scoring in Saturday’s derby with a late own goal from Koffi Djidji. The Serie A holders were just one point ahead of Lazio at the season restart, but Simone Inzaghi’s side have since dropped points with defeats to Atalanta and AC Milan.

As a result, the Bianconeri have moved seven points clear at the top of the Serie A table, but they still have plenty of work to do in order to win the Scudetto for the ninth successive season.

Sarri’s side will come up against AC Milan and Atalanta over the next two games and their title credentials will be tested, given the duo are currently among the in-form teams in the division.

Stats from Transfermarkt.com and Squawka.com