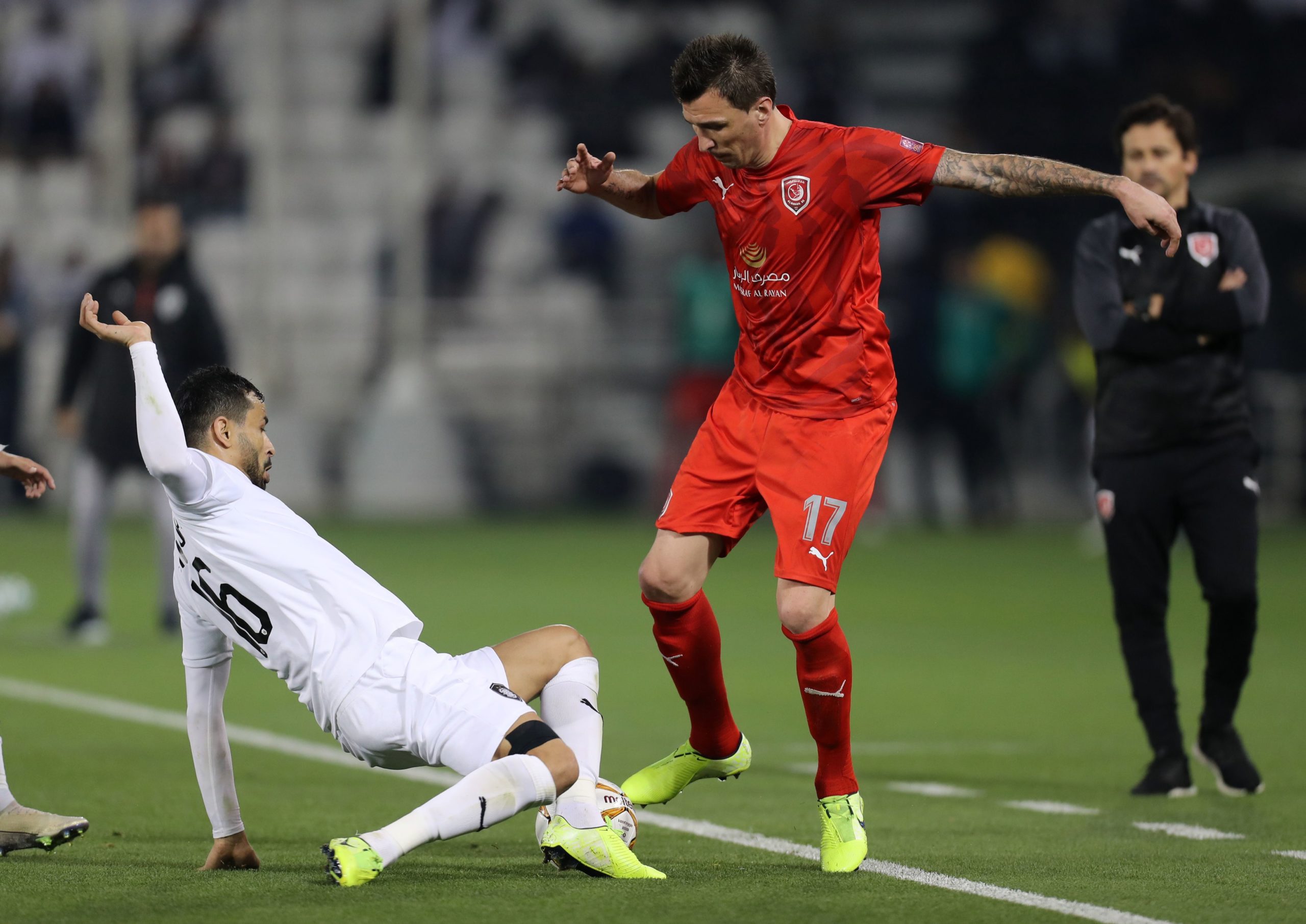 Former Juventus striker Mario Mandzukic has confirmed that he has terminated his contract with Qatari-side Al-Duhail by mutual consent.

The Croatian fell out-of-favour at the Bianconeri after they appointed Maurizio Sarri as their manager and he was completely sidelined from first-team duties during the first half of the season.

As a result, he decided to cut ties with the Turin giants on a mutual basis in late December and thereafter made the switch to Qatar with Al-Duhail on a free transfer.

Mandzukic managed to register two goals from 10 appearances for Al-Duhail before the club’s suspension was suspended due to the coronavirus pandemic in early March.

The 34-year-old has now confirmed that he has decided to mutually terminate his contract after just seven months with the Middle East club and he confirmed the news through his official Twitter account.

Mandzukic has been linked with a possible return to the Serie A ahead of next season and AC Milan and Benevento have emerged as potential candidates to land his services.

The Rossoneri could see the departure of Zlatan Ibrahimovic when his contract concludes in August and Mandzukic could act as a suitable replacement with his vast experience.

Meanwhile, Benevento are showing plenty of ambition ahead of their return to the Italian top-flight and they recently confirmed the purchase of Loic Remy from Lille.

The club were relegated from the Serie A during the 2017/18 season without much of a fight, but they are determined to produce a better performance when they reclaim their spot in the top tier.

The southern Italian outfit, who are managed by Filippo Inzaghi, recently sealed promotion to the Serie A with seven games to spare. It remains to be seen whether Mandzukic would fancy the opportunity to become the leader of their attack.