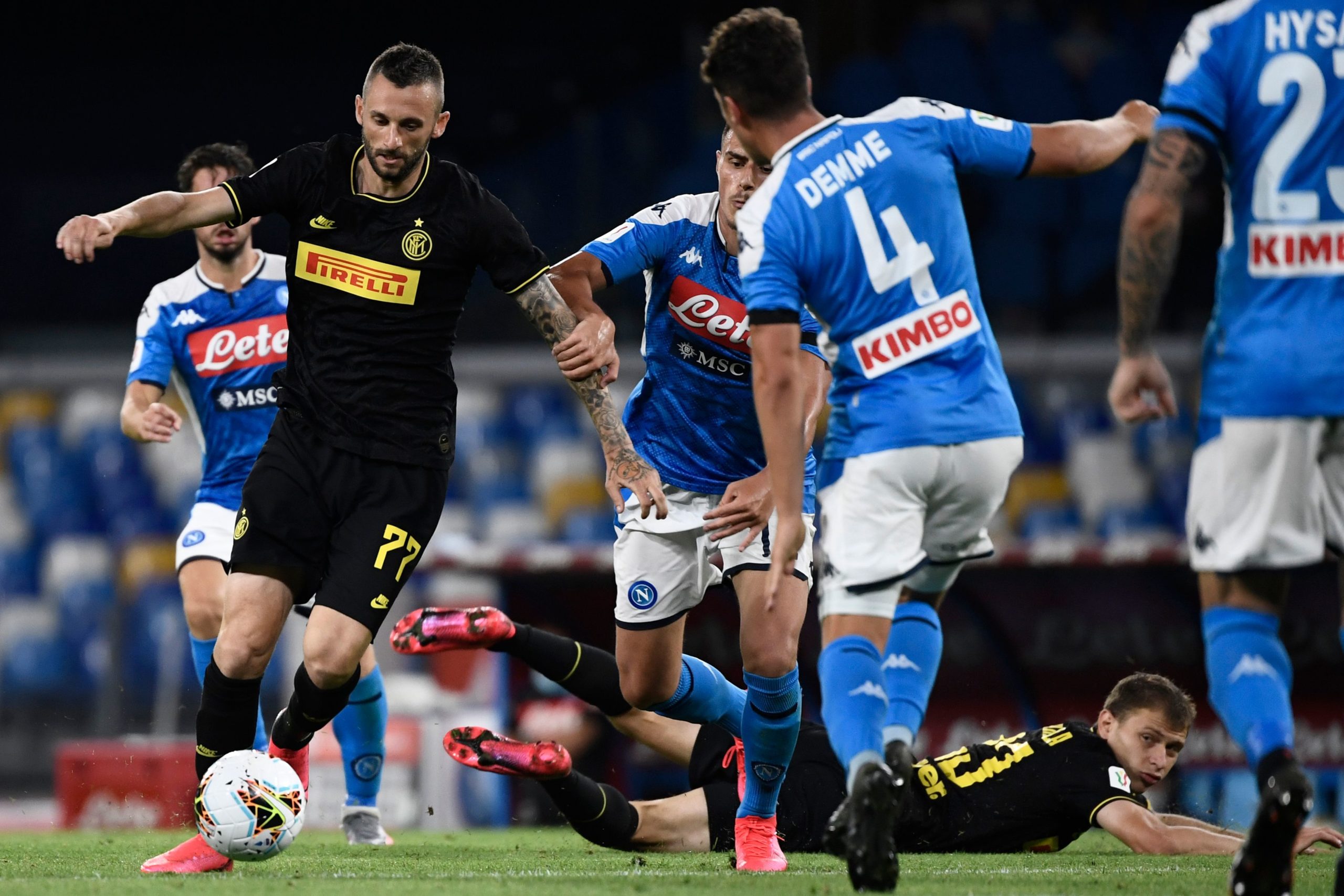 Inter Milan have confirmed that midfielder Marcelo Brozovic won’t feature in the club’s Serie A clash against Sampdoria on Sunday after picking up a muscle injury in training.

The Nerazzurri resumed competitive action after the coronavirus shutdown last weekend where they played out a 1-1 draw against Napoli in the second leg of their Coppa Italia semi-final.

That was not sufficient to see them progress to the final after their 1-0 defeat in the first leg. Napoli eventually went on to win the Cup against Juventus on penalties four days later.

Antonio Conte’s side will restart their Serie A season with a home game against Sampdoria on Sunday, but prior to the clash, they have suffered a couple of untimely injury setbacks.

Earlier on Friday, the Nerazzurri confirmed that Stefano Sensi had suffered hamstring injury in training. It has now been revealed that Brozovic will join him on the sidelines after picking up a muscle problem.

The news will definitely frustrate the manager, considering he is already dealing with the unavailability of Uruguayan midfielder Matias Vecino, who is out with a meniscus injury.

Nicolo Barella is expected to take up one of the midfield positions for tomorrow’s game and Conte should call up either Roberto Gagliardini or Borja Valero to accompany the 23-year-old in the centre of the park.