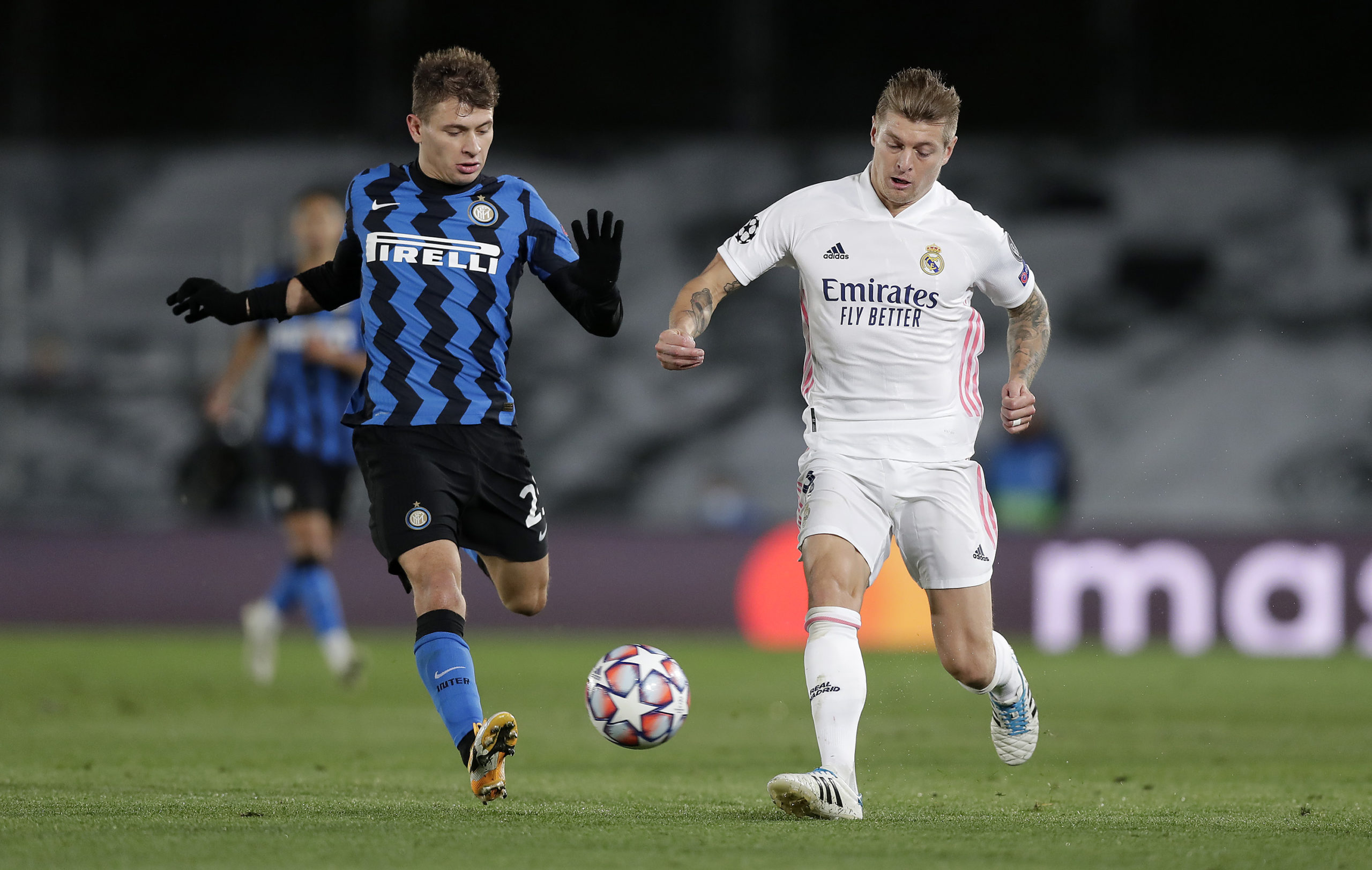 Inter Milan are looking to reward Nicolo Barella with a new and improved contract following his impressive form over the past 18 months, FC Inter News reports.

Barella joined the Nerazzurri from Cagliari last summer and he had an impressive debut season with four goals and eight assists from 41 appearances across all competitions.

The 23-year-old has continued the good form this term with four assists from nine outings and is now regarded as one of the undisputed midfield choices for the Italian national team as well.

Hence, it is not a surprise that he has caught the eye of numerous clubs including Liverpool, Barcelona and Atletico Madrid among others and the Nerazzurri are eager to commit the midfielder to a fresh deal.

Barella’s contract does not expire until the end of the 2023/24 season, but they are prepared to extend his stay for another year. Furthermore, they are willing to increase his annual wages from €2.5m to €4m.

Barella has impressed with his versatility and he is capable of playing in the holding midfield, central midfield or number 10 positions, which he has done during the current campaign.

He is most effective in the centre of the park and has excelled with his ability to make key tackles and provide quality passes for his teammates on the counter-attack.

He still has the tendency to make strayed passes every now and then, and that alongside his discipline could be improved as he enters the prime phase of his professional career.

Barella has regularly revealed that Inter legend Dejan Stankovic was his idol growing up and he has the ambition of replicating him. Inter are reportedly confident that could aid in renewing his contract.