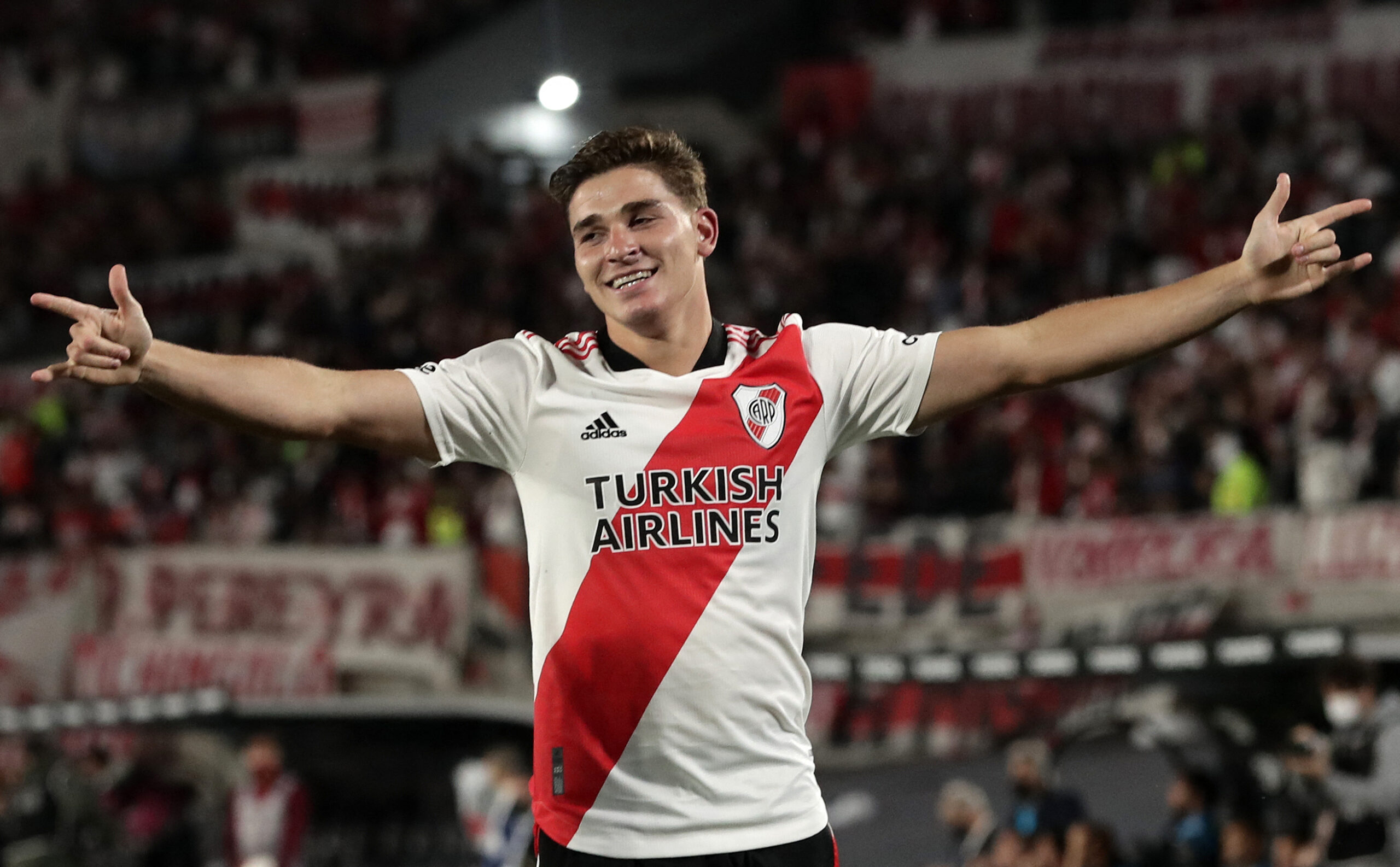 One of the most sought-after youngsters in world football, Julian Alvarez, could swap River Plate for Serie A in the coming weeks.

According to Calciomercato, the Argentine’s representative, Fernando Hidalgo, is due to arrive in Italy in the next few days to discuss his client’s switch to Serie A amid Manchester United links.

The Red Devils are said to be monitoring the 21-year-old’s progress at the Monumental Stadium in light of the uncertainty surrounding the future of Edinson Cavani at Old Trafford.

Man United are exploring several options in the market, including Alvarez, who may end up moving to Serie A at the expense of the Premier League side’s interest.

Per the Italian news outlet, AC Milan, Fiorentina, Inter Milan and Juventus could be embroiled in a bidding war for the coveted whizz-kid in the coming weeks.

Milan are a dark horse in this race as the Rossoneri have other priorities in the market.

Stefano Pioli is keen to find a high-quality replacement for defensive stalwart Simon Kjaer, who picked up a season-ending injury in November, leaving the Mister short of reliable options at the back.

Last season’s Serie A runners-up are on the lookout for low-cost solutions to improve the attacking department after numerous injuries during the first half of the season hindered Pioli’s options.

Though Milan have been linked with a move for Alvarez, they are unlikely to put in enough effort to outmaneuver the competition.

But with Zlatan Ibrahimovic and Olivier Giroud both in the autumn of their playing careers, there is no doubt Pioli could use fresh blood in the centre-forward role.

Stories about Dusan Vlahovic leaving Fiorentina have been making the headlines since the start of the summer, and there is a genuine feeling the transfer is inevitable.

A host of Europe’s top clubs, including Arsenal, are hell-bent on signing the Serbian prodigy, either now or at the end of the season, with La Viola seemingly powerless to stop the move.

Therefore, the 2021/22 Serie A surprise package are in the market for a new striker to replace Vlahovic, with Alvarez emerging as the ideal candidate.

Following an underwhelming 2020/21 campaign, Fiorentina are now in contention for a European finish, turning the Artemio Franchi into an exciting destination again.

Since they are likely to make a substantial profit from Vlahovic’s sale, money should not be a problem if La Viola decide to go for broke and try to acquire Alvarez.

Inter’s affection for the Argentine players makes them natural candidates in the race to sign one of the brightest South American prospects this winter.

The reigning Serie A title-holders already boast the likes of Lautaro Martinez and Joaquin Correa in the front third.

But with Edin Dzeko not getting younger, the Nerazzurri CEO Beppe Marotta is said to be keen on landing a younger forward to fill in for departed Romelu Lukaku.

A lack of funds could throw a spanner in the works, with Inter seemingly unable to meet River’s £25 million asking price for their prized asset.

Last but not least, Juventus are understood to be sniffing around in a bid to replace Cristiano Ronaldo, who returned to Old Trafford in the final days of the summer.

Ronaldo was among Serie A’s top five players since January 2021, and his Premier League comeback blunted the Turin heavyweights’ attack.

The record-time Italian champions brought Moise Kean back from Everton and added Brazilian prodigy Kaio Jorge as part of the club’s efforts to fill the void.

However, both players have failed to leave up to expectations in the first half of the season, forcing head coach Massimiliano Allegri to consider diving back into the market.

Juventus netted a measly average of 1.4 goals per match before their Serie A visit to Roma on Sunday, their lowest scoring rate at this stage of the season since 1999/2000.

Therefore, it comes as no surprise that the Bianconeri are desperate to sign a new striker going into the second half of the season.