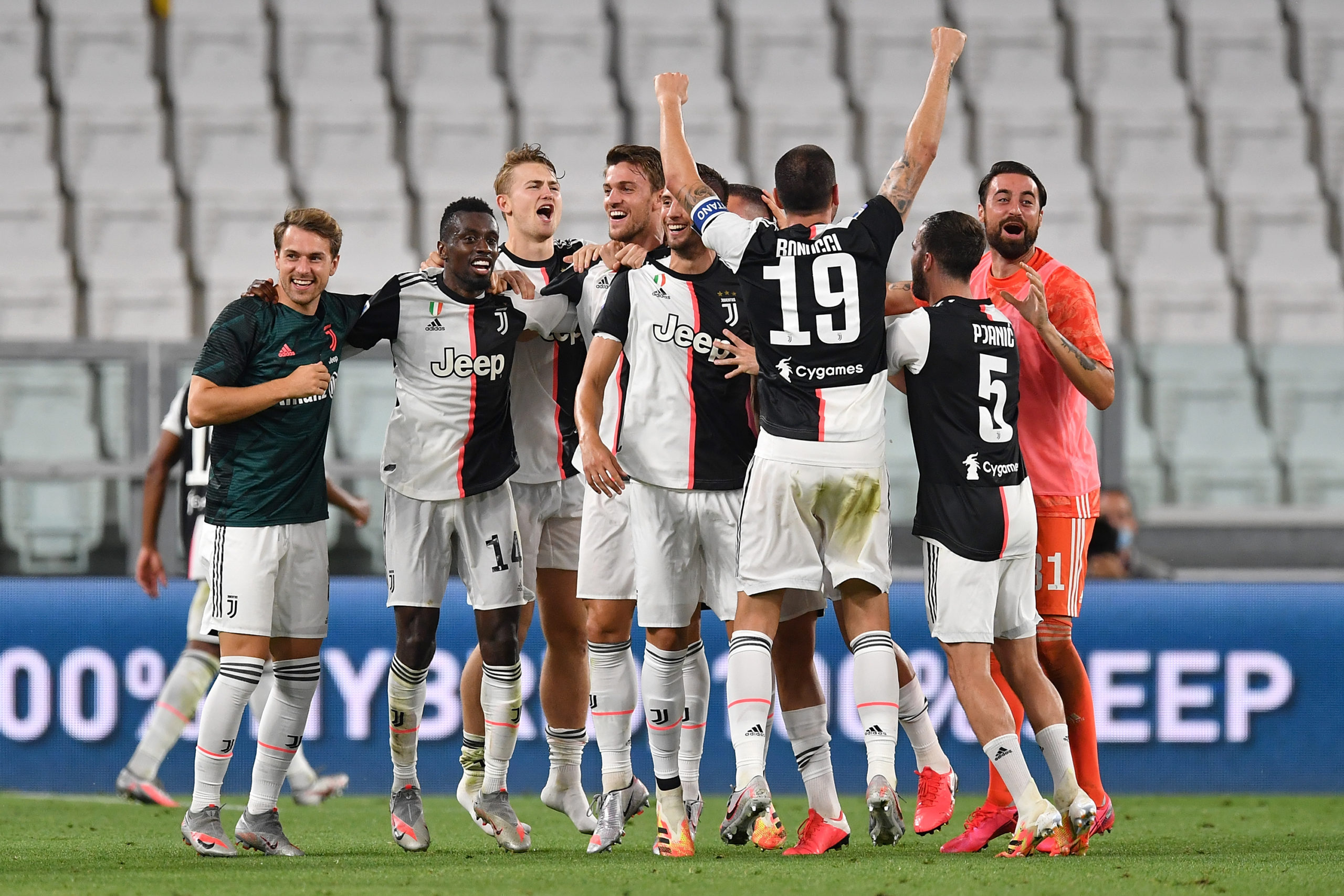 Juventus clinched their ninth straight Serie A title on Sunday night after they registered a 2-0 win over Sampdoria at the Allianz Stadium.

The Bianconeri have endured a frustrating time in recent weeks, winning just one of their last five matches, but they managed to bounce back against Sampdoria.

Cristiano Ronaldo and Federico Bernardeschi scored in the first and second half respectively, but the former missed a late penalty for the Bianconeri.

The Turin giants have looked far from their best under Maurizio Sarri this term, but they have benefitted indirectly from the results elsewhere.

Whenever it appeared that they could be closed down at the top, their title challengers squandered the opportunity by dropping crucial points.

The club have won the Scudetto with two games to spare and Sarri now has the opportunity to rest some of the regulars for the remaining matches.

Juventus will resume their Champions League campaign against Lyon next term. They are trailing the French outfit after the first leg of the round of 16.

Les Gones got the better of them by a 1-0 score and they need to win by at least a two-goal margin to reach the last eight of the elite competition.

UEFA have confirmed that the matches from the quarter-final stage will be single-elimination games and it remains to be seen whether the Bianconeri can lift the European crown for the first time since 1996.