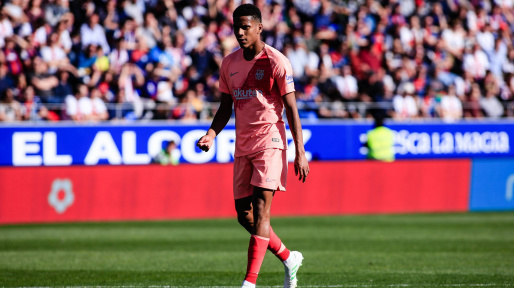 Serie A giants Juventus have opened discussions with the entourage of Barcelona defender Jean-Clair Todibo ahead of a possible summer move for his signature, Goal.com’s Romeo Agresti claims.

The Frenchman joined the Blaugrana from Toulouse with a good reputation last summer and he was able to make only two appearances in La Liga before he was loaned out to Schalke 04 in January.

The 20-year-old started to find his feet with the German outfit before the coronavirus shutdown and it will be interesting to watch how he fairs when the Bundesliga season recommences this weekend.

As per Romeo Agresti, the Bianconeri have not made formal approach to the Blaugrana to sign the defender but they have held talks with the player’s close associates.

The Bianconeri currently have five central defenders in Giorgio Chiellini, Leonardo Bonucci, Matthijs de Ligt, Merih Demiral and Daniele Rugani in their squad while Cristian Romero is out of loan at Genoa.

Still, they are likely to look at a possible addition during the summer with Chiellini and Bonucci having entered the final phase of their professional careers and should leave the club in the coming years.

Todibo has shown that he could be suited to the Serie A with his tough tackling and ability to clear his lines but there are questions whether he can remain consistent enough.

With the financial impact of the coronavirus pandemic, the Bianconeri are likely to restrict their spending for the summer and reputed journalist Guillem Balague has recently claimed that Todibo could head to Turin in a possible swap deal.

The Spaniard revealed that the Blaugrana are interested in signing midfielder Miralem Pjanic and Todibo could head in the opposite direction as a makeweight.

Meanwhile, Schalke 04 have the option to purchase Todibo for £22m this summer but sporting director Jochen Schneider has recently admitted that the club may not afford the defender under the current financial climate.

Icardi or Milik? The Future of Juventus’ Number Nine
Lucas Torreira’s agent confirms midfielder’s desire to return to the Serie A