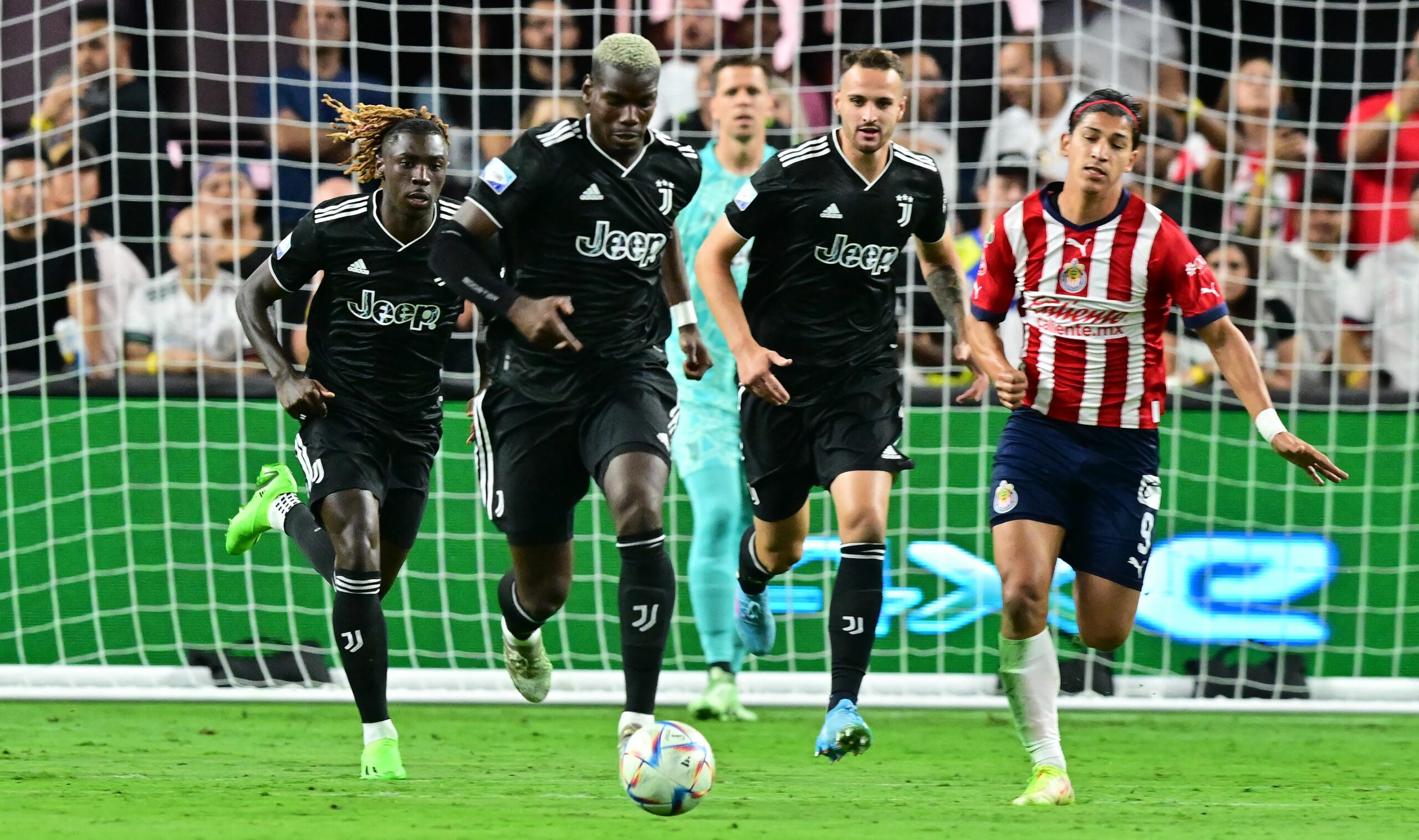 Juventus’ United States Tour continues over midweek with a blockbuster pre-season clash against a rejuvenated Barcelona side at Cotton Bowl, Dallas.

The two European heavyweights that have undergone drastic roster changes over the summer will trade tackles in Texas on Wednesday, July 27, at 1.30 am BST.

Massimiliano Allegri’s side parted with long-serving stalwart Paulo Dybala after seven years as the Argentine ace joined Jose Mourinho’s Roma on a free transfer upon the expiration of his contract in Turin.

In addition to Dybala, highly-rated defender Matthijs de Ligt departed the Allianz Stadium to link up with perennial Bundesliga champions Bayern Munich in a mega-money move.

However, Juventus have wasted no time strengthening Allegri’s squad as Paul Pogba returned to Serie A following an underwhelming six-season stint at Manchester United.

Angel Di Maria has signed a short-term contract after calling time on his illustrious spell at Paris Saint-Germain, while Gleison Bremer arrived from Torino to fill de Ligt’s shoes.

Inspired by a stellar recruitment campaign, the Blaugrana squeezed past arch-rivals Real Madrid 1-0 in a rare off-season El Clasico in Las Vegas last time out.

Despite fielding a mixed squad in their inaugural pre-season friendly against Mexican giants Chivas Guadalajara, Allegri saw his side seal a comfortable 2-0 win.

Goals from the club’s youth academy graduates, Cosimo Marco Da Graca and Mattia Compagnon, on either side of half-time fired Juventus to a landslide victory in Vegas.

After back-to-back fourth-place finishes in Serie A, the record-time Italian champions are keen to reclaim domestic glory, owned by bitter rivals AC Milan.

Beating Barcelona in an exhibition showdown would be a massive morale boost moving forward, especially as every Juventus fan still remembers a disappointing 3-0 defeat in their most recent H2H.

The midweek encounter against Juventus marks arguably the most challenging task on the Barcelona schedule for the rest of pre-season.

Xavi’s men have won both US Tour fixtures without conceding, including a 6-0 demolition of Major League Soccer franchise Inter Miami.

One of the marquee summer signings, Raphinha, has scored before half-time in both Barcelona’s outings on US soil, explaining why they were so desperate to beat Chelsea to his signature.

In other La Liga news, the Catalans are one step away from inflicting another transfer blow on Thomas Tuchel’s team.

How could Juventus line up against Barcelona?

What’s next for Juventus?

From there, the Bianconeri will take a match-free fortnight to brace themselves for their 2022/23 Serie A opener at home to Sassuolo, falling on August 15.