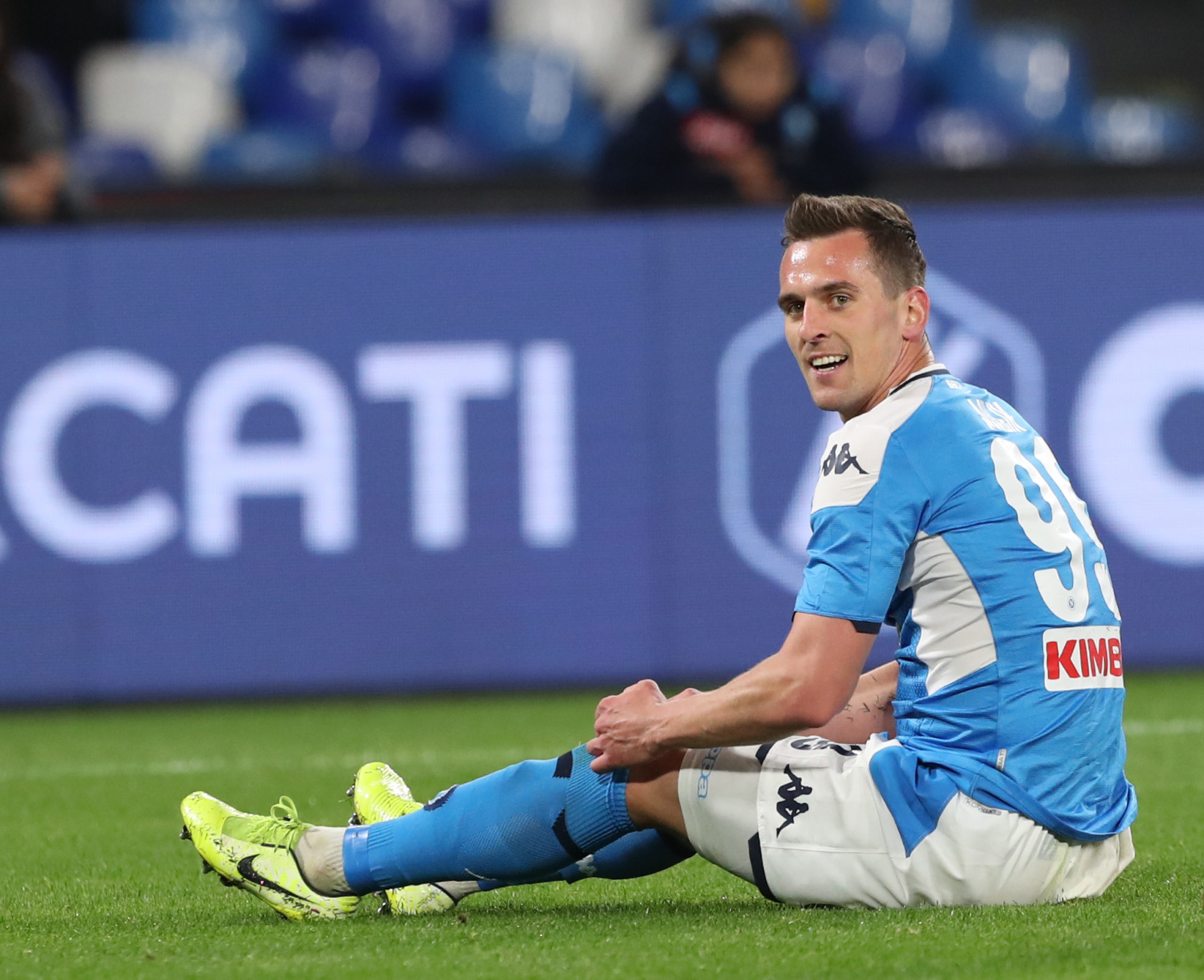 Serie A side Napoli are prepared to part ways with Arkadiusz Milik this summer following their recent club-record purchase of Victor Osimhen from Lille, Gianluca di Marzio reports.

The Poland international has been with the Naples outfit for the past four years and during this period, he has bagged a reasonable tally of 48 goals from 121 appearances.

Milik has suffered a couple of long-term knee injuries which have stunted his progress, but he is still regarded as one of the Serie A’s top strikers and is on the radar of champions Juventus.

According to Gianluca di Marzio, Napoli are willing to offload Milik during this summer’s transfer window with both Osimhen and Andrea Petagna (currently on loan at Sassuolo) due to link up with the club next term.

That would provide them with three striker options including their all-time goalscorer Dries Mertens and hence, they have the opportunity to sanction the sale of Milik, who has just 11 months remaining on his contract.

Juventus are currently leading the hunt for his signature, having already agreed to personal terms, but they have yet to meet Napoli’s £45m price tag for the centre-forward.

Instead, the Bianconeri are aiming to lower the asking price by including Federico Bernardeschi as a makeweight, but as things stand, there has been no progress with the Italian currently on the look out for a new agent.