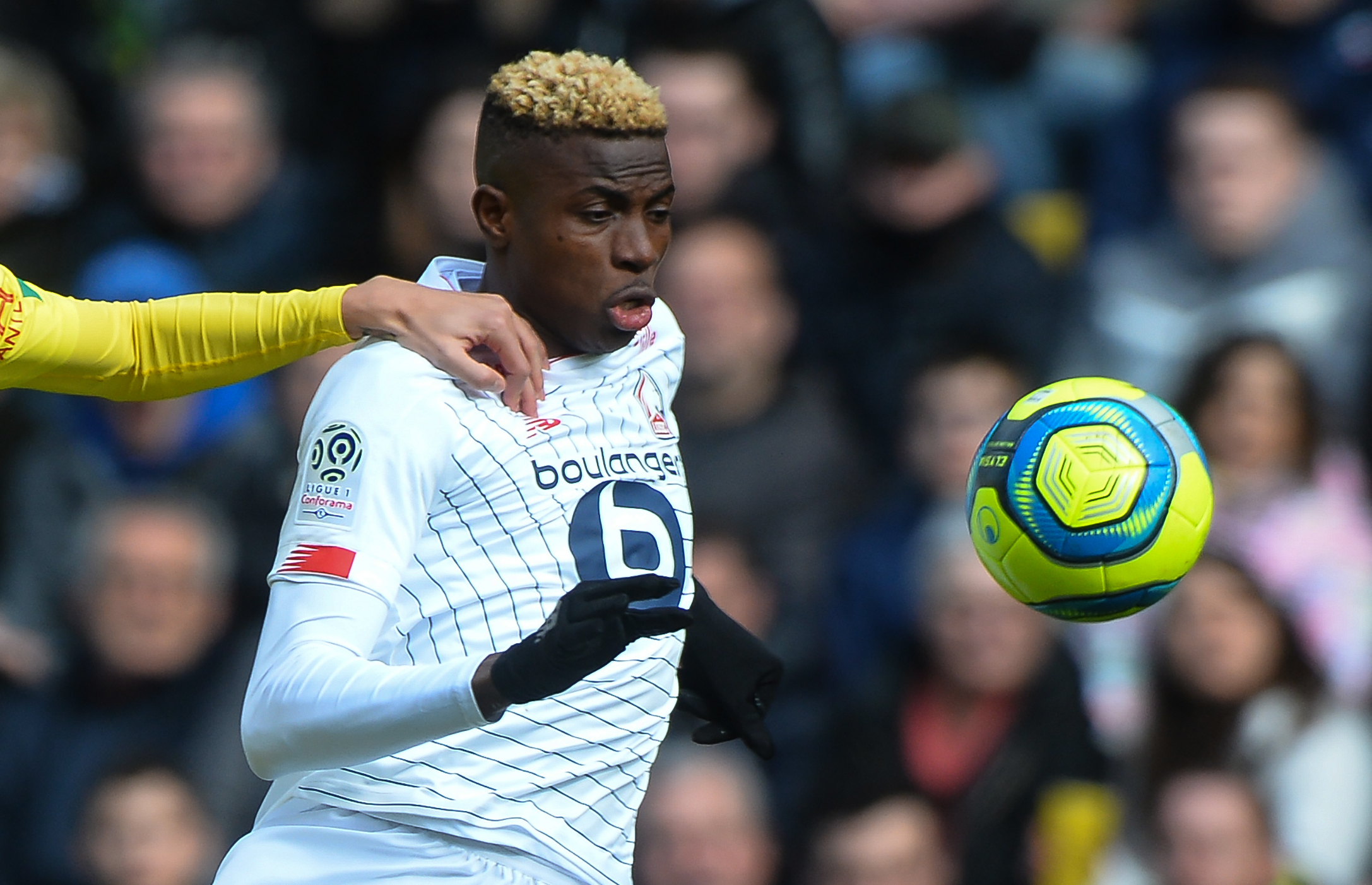 According to The Guardian, Napoli are set to land the signature of Victor Osimhen from French club Lille after agreeing to pay an initial fee of £54.67m.

The Nigeria international only joined the Ligue outfit from Wolfsburg last summer and he was able to contribute 18 goals and six assists during the course of the previous season.

Osimhen’s progress has caught the eye of several European clubs including Manchester United and Chelsea, but Napoli have reportedly won the race to land his signature after agreeing to pay a club-record fee.

The Super Eagles striker will sign a five-year contract upon joining the Naples outfit and it is suggested that the club have the option to extend his deal for another 12 months.

Meanwhile, the overall valuation of the transfer could rise to £73.8m and that would potentially make him the most expensive African player ahead of Nicolas Pepe, who made his £72m move to Arsenal last summer.

Despite his success at Lille, Osimhen remains largely unproven at the big stage, considering last season was his maiden campaign in one of Europe’s top-five leagues.

Napoli were left disappointed with their failure to land Pepe from the French outfit last summer, but they have got their player this time around without any fierce competition.

Meanwhile, Lille will be pleased to have made a significant profit from the sale of their leading player for the second year running and it remains to be seen whether they can utilise the funds to strengthen the squad smartly.

The club have already agreed a surprise deal to sign 35-year-old Burak Yilmaz from Besiktas and they are now expected to pursue a young striker ahead of next season.

Jonathan David is definitely the top name on their radar. Christophe Galtier’s side have already failed with a €25m bid for the 20-year-old. Gent are understood to demand at least €30m to part ways with the Canadian striker.

David has openly stated that he has chosen Lille as his next destination and it should be only a matter of time before the clubs reach an agreement over the transfer package.