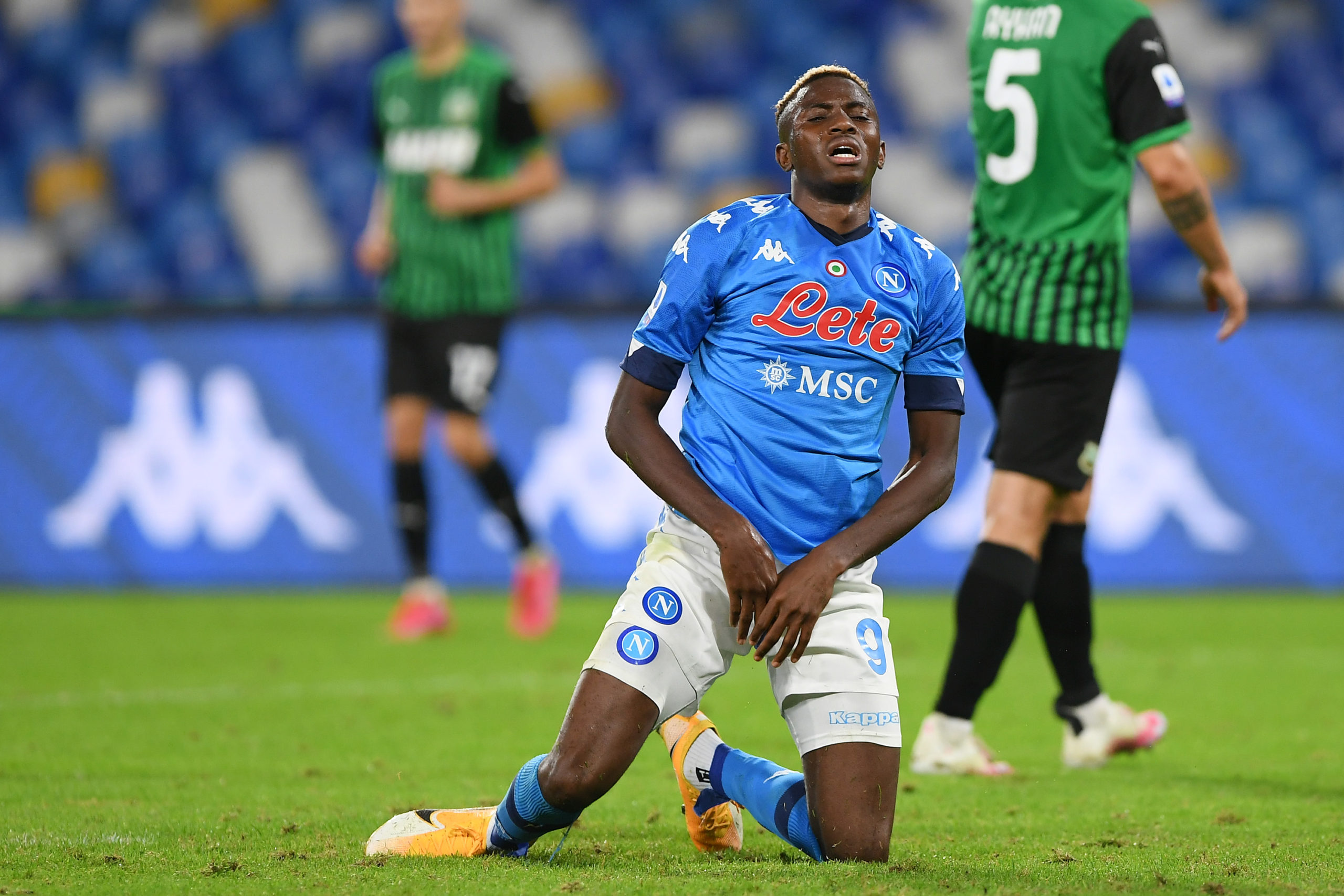 Napoli have confirmed that striker Victor Osimhen has started physiotherapy after dislocating his shoulder during an African Cup of Nations qualifier for Nigeria last week.

Osimhen was recently on the scoresheet for the Super Eagles as they went 4-0 up against Sierra Leone in the first half. However, they suffered a shock collapse after the break as their west African counterparts fought back to register a 4-4 draw.

The 21-year-old was substituted during the backend of that game after suffering a dislocated shoulder. Gernot Rohr’s side played without him in the reverse meeting against the Leone stars on the road this week and they produced a lacklustre performance in a goalless stalemate.

Despite this, Nigeria continue to remain top of Group L and they are in pole position to qualify for the tournament in 2022 with a four-point advantage over third-placed Leone with two games to play.

Osimhen returned to Italy earlier this week where he was tested negative for COVID-19 on arrival and Napoli have now revealed that the striker has begun physiotherapy on his dislocated shoulder and will be reassessed on a day-to-day basis.

The recovery could normally take up to a number of weeks or months and it is highly unlikely that he will make his comeback on Sunday evening when Napoli host league leaders AC Milan at the Stadio San Paolo.

Osimhen joined the Naples outfit from Lille last summer on a club-record deal worth £63m, but he has taken time to adapt to the new surroundings and has registered only two goals from his first eight appearances.

In his absence, Andrea Petagna could get an extended run as the main striker. The ex-SPAL striker has scored once in the Serie A this term where he has managed just 72 minutes off the bench.

Napoli, who are third in the standings, could go top on goal difference with a win over the Rossoneri this weekend, suppose Sassuolo drop points at Hellas Verona.