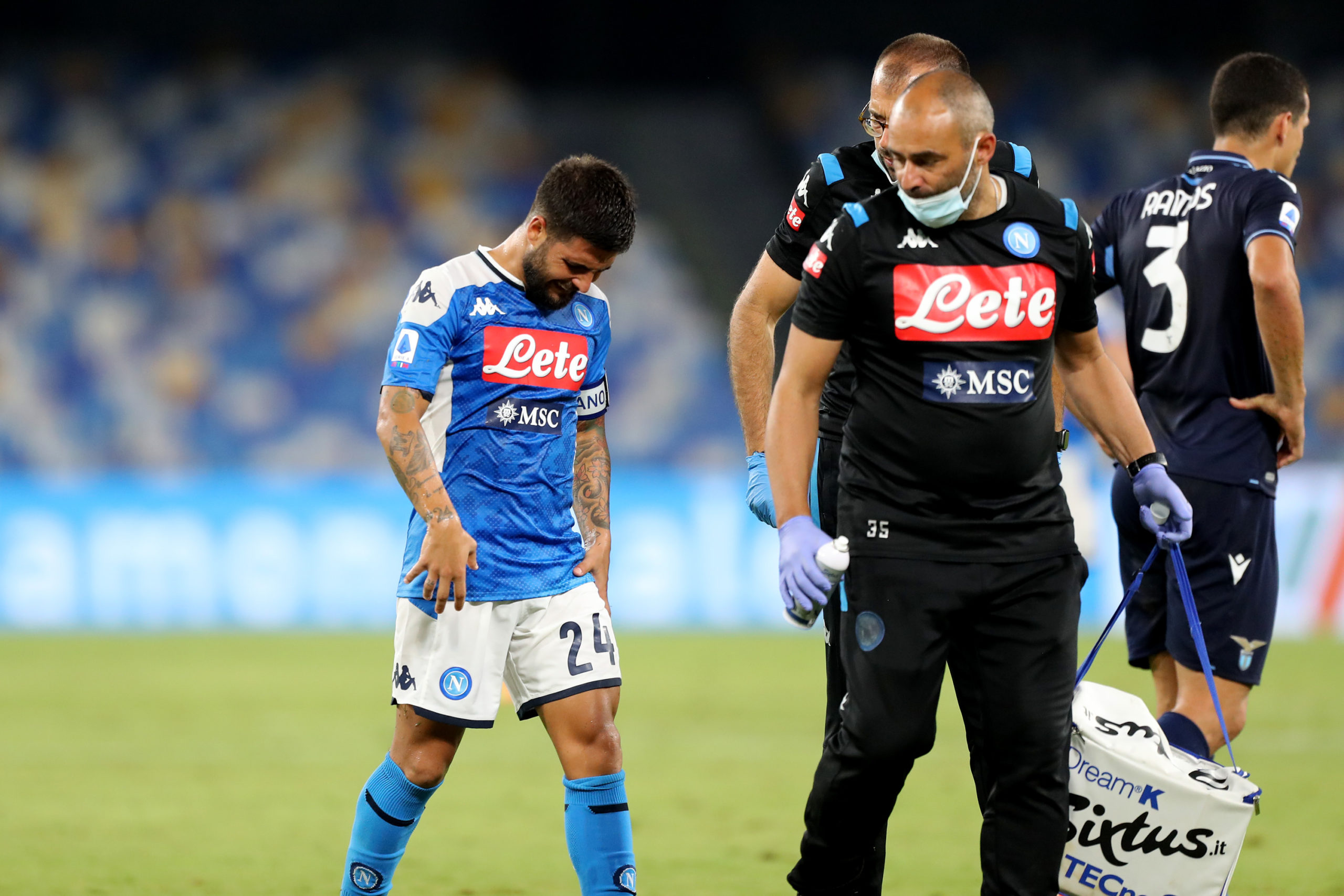 Napoli could be without their influential captain Lorenzo Insigne for the second leg of their Champions League round of 16 tie against Barcelona on the road.

The Italy international has been a wonderful servant for the Naples outfit over the years and he has registered 12 goals and eight assists during the current campaign.

Insigne recently scored from the penalty spot in the 3-1 win over Lazio in the final matchday of the Serie A season, but he limped off in tears during the closing minutes of the contest.

Gennaro Gattuso’s side have now confirmed that the 29-year-old has suffered tendon damage and bone bruising, which could potentially keep him out of Saturday’s European meeting against Barcelona.

“Lorenzo Insigne has undergone tests that have confirmed that he has suffered tendon damage to the adductor longus muscle in his left thigh, in addition to bone bruising. The player sustained the injury during the match against Lazio on Saturday. Insigne will be closely monitored over the coming days,” a statement on the club’s website read.

Insigne faces a race against time to prove his fitness for the Blaugrana clash, but he is expected to travel with the team to Catalonia for the second leg of the Champions League round of 16 tie.

Quique Setien’s side have the advantage after bagging an away goal in the 1-1 draw at the Stadio San Paolo earlier in February, but judging by their performances of late, it won’t be an easy contest.

The Camp Nou has been fortress for them in Europe as they are unbeaten in 35 games over a period of seven years, but Napoli should go into the game with plenty of optimism, given Osasuna were recently able to outfox the Blaugrana in their home ground.

The absence of Insigne would definitely prove a blow in their quest to beat the former Spanish champions. Gattuso will be hoping that the forward can at least make the bench for the clash.