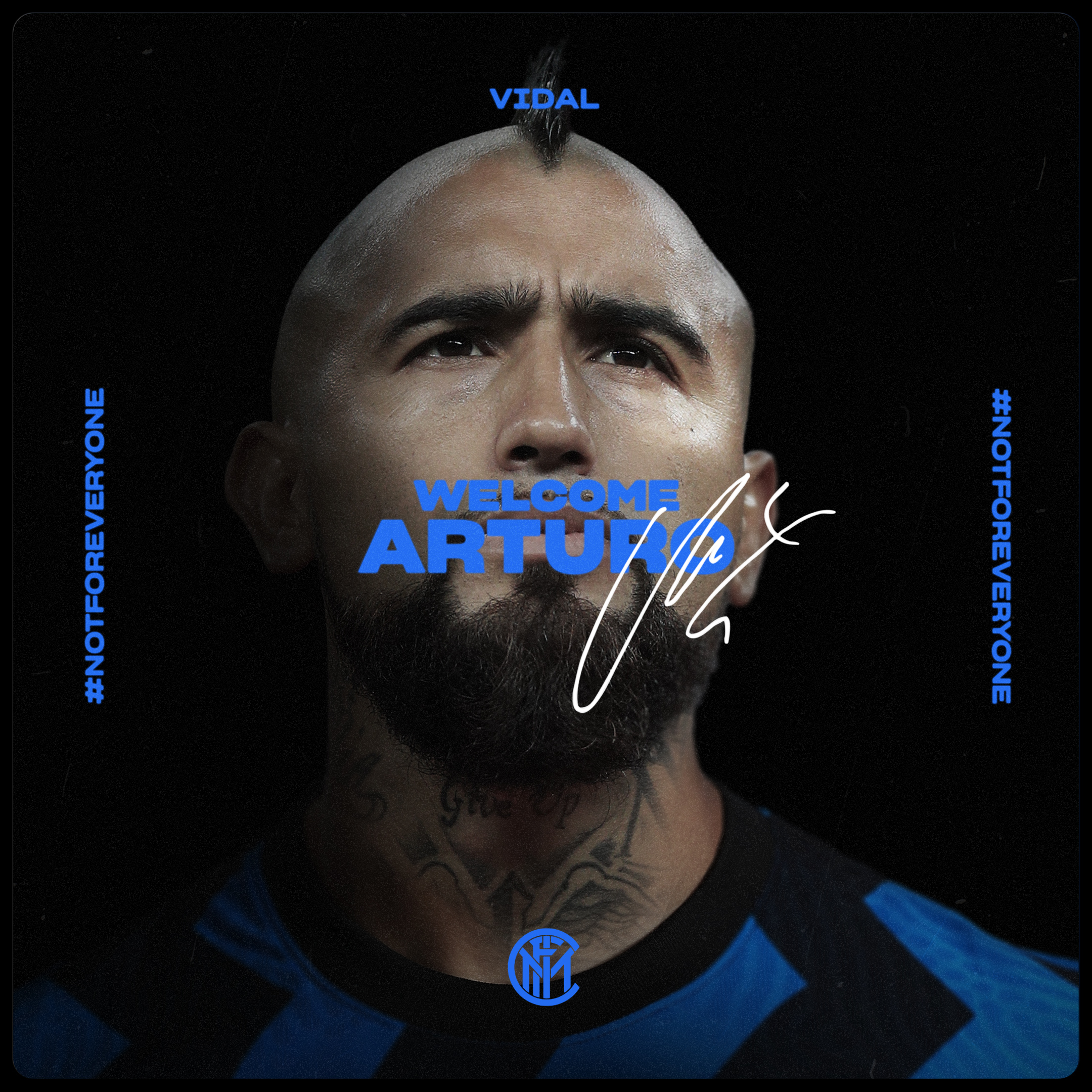 Inter Milan have confirmed the signing of Arturo Vidal on a reported €1m transfer from Barcelona. He has signed on a two-year deal.

The 33 year-old started playing football in the youth ranks of Melipilla and later at Colo-Colo, who handed him his senior debut in 2005. Two years later, he moved to Germany, as Bayer Leverkusen had signed him. He spent four years at the club before moving on once again, this time to Turin with Juventus. A subsequent four years later, Bayern Munich signed him, and three years thereafter, Vidal moved to Barcelona.

Now, he looks set to return to Italy, this time with Inter. So, let’s take a look and see whether this move is a wise idea:

Arturo Vidal is a real hard-working and aggressive player, who loves to dive into challenges and tackles. At Juventus, he was nicknamed ‘Il Guerriero‘ (The Warrior), and you’ll know why if you have seen him play. He also has good stamina, and can play anywhere in midfield. He is a right-footed player.

Undeniably, Vidal’s greatest strength is his work-rate. The Chilean midfielder has lots of fitness and stamina to expend as he runs all over the pitch pressing and chasing the ball. Because of that, he can also operate as a box-to-box midfielder.

Aside from his hard-work off the ball, Vidal also helps his team by chipping in with some crucial goals from time-to-time. Last season, he scored eight times in the La Liga’s last campaign, with half of his goals either equalising or giving his side the lead.

He showed that as he scored the only goal of the match in a crucial 0-1 win for Barcelona over Valladolid.

First, he makes a little bit of space for himself by creeping into the box.

Then, as he receives the ball, he unleashes a powerful drive into the far corner, beating the keeper before finding the back of the net.

Vidal has a knack of popping up at the right place at the right time, and has scored many such vital goals in the past.

Arturo Vidal has a good few weaknesses too, starting with his defending. It wasn’t bad at all in the past, as he averaged 5.4 tackles and 2.2 interceptions per match after 33 appearances in the 2011/12 Serie A campaign with Juventus.

But, it has gone down lately, as he made only 1.9 tackles and 0.5 interceptions per match in last season’s La Liga, while giving away more fouls (2) than successful tackles made (1.6) per game in the Champions League last time around.

Perhaps his age has contributed to that – at 33, Vidal’s work-rate is undoubtedly starting to suffer, so he is susceptible to making more frustrated challenges now. His age will soon start to eat into his greatest strength too, as his fitness and stamina are probably going to go down, preventing him from pressing with the same enthusiasm as he showed a few years ago.

Arturo Vidal has presumably been brought in to inject some much-needed energy into the Inter midfield, at least temporarily.

Some of those are on their way out, while some aren’t exactly midfielders. Either way, none of the aforementioned players stand out as energetic pressers, as most of them are either creative or holding midfielders, so Vidal provides dynamism to the midfield.

To add to that, Romelu Lukaku’s defensive work-rate isn’t exactly top-notch, so when Antonio Conte wants to press the opposition back-line, a lot rests on Lautaro Martínez. Vidal could provide support for the Argentine from midfield

This is a signing that is sure to divide many of the Inter faithful, as they have been calling for the club to sign younger players. Excluding Vidal, 19 of Inter’s current senior squad members are at 27 years of age or older, so the squad certainly cannot be described as young.

As far as the player himself is concerned, Vidal does provide a lot more energy to the Inter midfield, but the question that will loom large relates to the longevity of his energy.

Arturo Vidal’s transfer is interesting to say the very least.