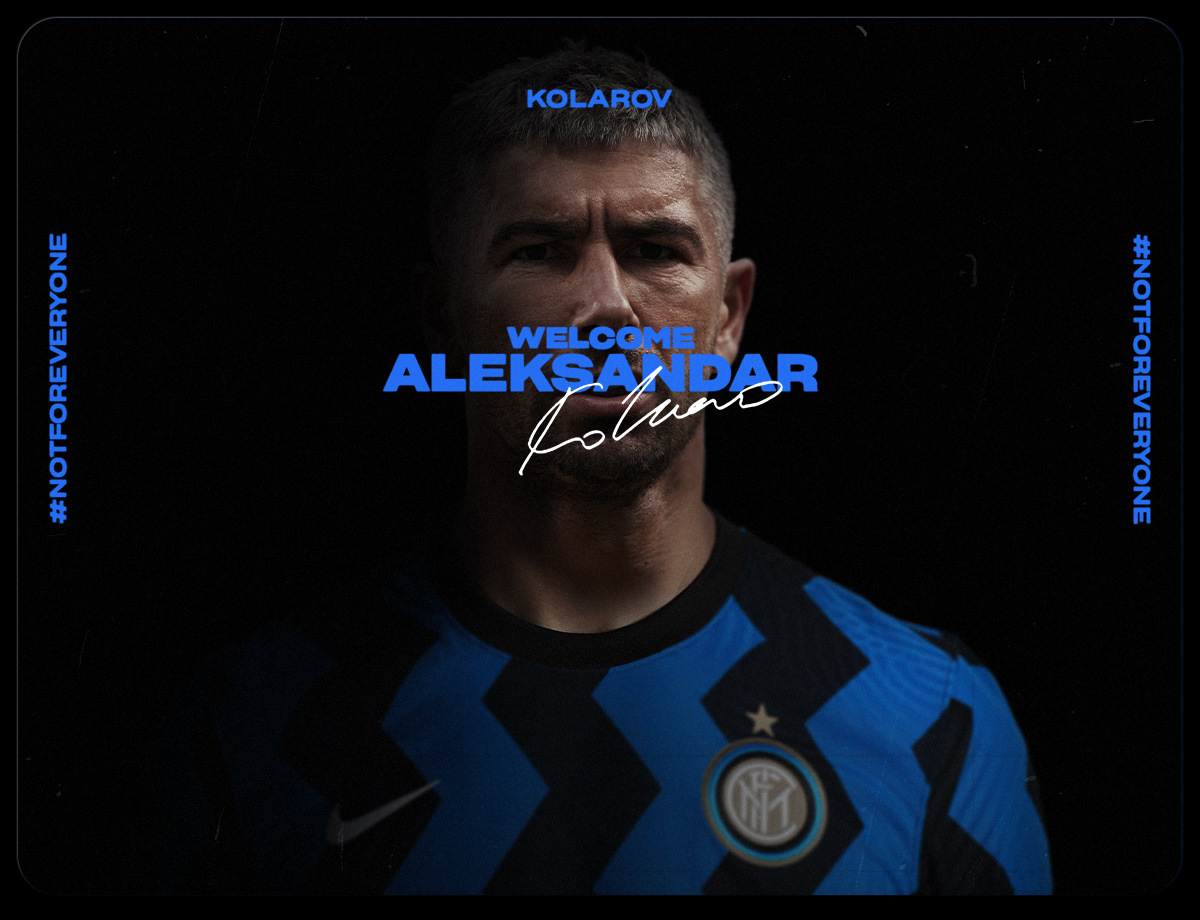 Internazionale Milan have officially completed the signing of Aleksander Kolarov for a reported €1.5m. The Serbian national team captain has joined on a one-year long deal, with an option to extend for a second year.

The 34 year-old was born in Belgrade in the former Republic of Yugoslavia. He started his youth career with Red Star Belgrade, but quickly moved on to Obilić and finally Čukarički, who handed him a senior debut in 2004. Two years later, OFK Beograd signed him, but he travelled to Italy only after a season as Lazio signed him. Then, in 2010, Manchester City came calling, and he spent seven years in England with them, before coming back to Italy with Roma.

Three years and a century of appearances later, he has packed his bags again to head to Inter Milan, so let’s take a look at how he can suit the club.

Kolarov’s teenage years in the midst of the Yugoslav Wars may have shaped his seemingly stern and tough character, as he likes to impose himself on attackers while defending. He can play in multiple positions – primarily that of a left-back but also that of a centre-back and anywhere else on the left wing. Last season, he was alternated between the roles of a left wing-back and left centre-back in a back three. Naturally, he is left-footed.

Kolarov possesses an absolute rocket of a left foot, and is capable of striking from any range with it. In fact, all but two of his career goals have come from shots from his left peg. He also uses it to take free-kicks, which he does with a good amount of success. Three of his seven Serie A goals (the highest tally for a defender) from last season came that way, 38.9% of his career goals have come from such dead ball situations, while 77.1% of his shots have done so.

Finally, the Serbian full-back is quite good on the ball. He averaged 2.8 long balls, 1.8 key passes and 0.6 dribbles per match last season, while maintaining a passing accuracy of 83.7%. To add to that, his crossing was quite good as he averaged 1.7 per game.

He showed that in Roma’s 4-2 win over Sassuolo.

As usual, Kolarov receives the ball in space on the left. and prepares to cross it into an open space in the box.

His low delivery, which breached the opponents’ defensive line was met by Edin Džeko, who simply had to tap it in.

Kolarov will turn 35 in November, and he isn’t going to get any younger. While he is largely been injury-free throughout his career – facing only seven injuries altogether with only one that sidelined him for over a month (and that too was only 33 days), his fitness and work-rate have certainly dropped.

Undoubtedly, Inter will need to rest him more often, and they can expect some occasional defensive lapses and lack of willingness to track back from the Serbian, but his experience should be able to make up for that. His pace has also taken an irrefutable hit, so he could get outpaced by the quicker attackers.

Overall, Kolarov is a solid player, but Inter will need to take good care of him if they are to extract the most out of the player.

Firstly, Kolarov’s experience and know-how will certainly boost the Inter side, and he gives Antonio Conte multiple options too.

The Italian tactician tried out many players at left wing-back last season, most prominently Ashley Young, Cristiano Biraghi (whose loan has ended) and Kwadwo Asamoah.

The former has been doing most of the work since his arrival from Manchester United, but there isn’t any reliable backup for him. Kolarov provides more than just that, as he can be used in the bigger games when his experience would be invaluable, and when a relative lack of possession and territory would mean that his left foot would be more adept at delivering balls into the box as opposed to Young’s right which would require him to cut inside.

To add to that, he can also provide another option at left centre-back should Antonio Conte wish to rotate.

This is yet another smart signing on Roma’s part, who have thoroughly strengthened their wing-back roles in the summer with the acquisitions of Kolarov and Achraf Hakimi. Kolarov too takes a step up from his role at Rome, and while he may not get as much game-time, he will get to play in tournaments like the Champions League. Meanwhile at Roma, highly-rated youngster Riccardo Calafiori may get a chance to prove himself in the top-flight.

Overall, this is a smart signing where all parties (including Roma in a way) have some good benefits, and Kolarov should fit into Conte’s system well.