Relegation battle goes down to the wire after Lecce comeback 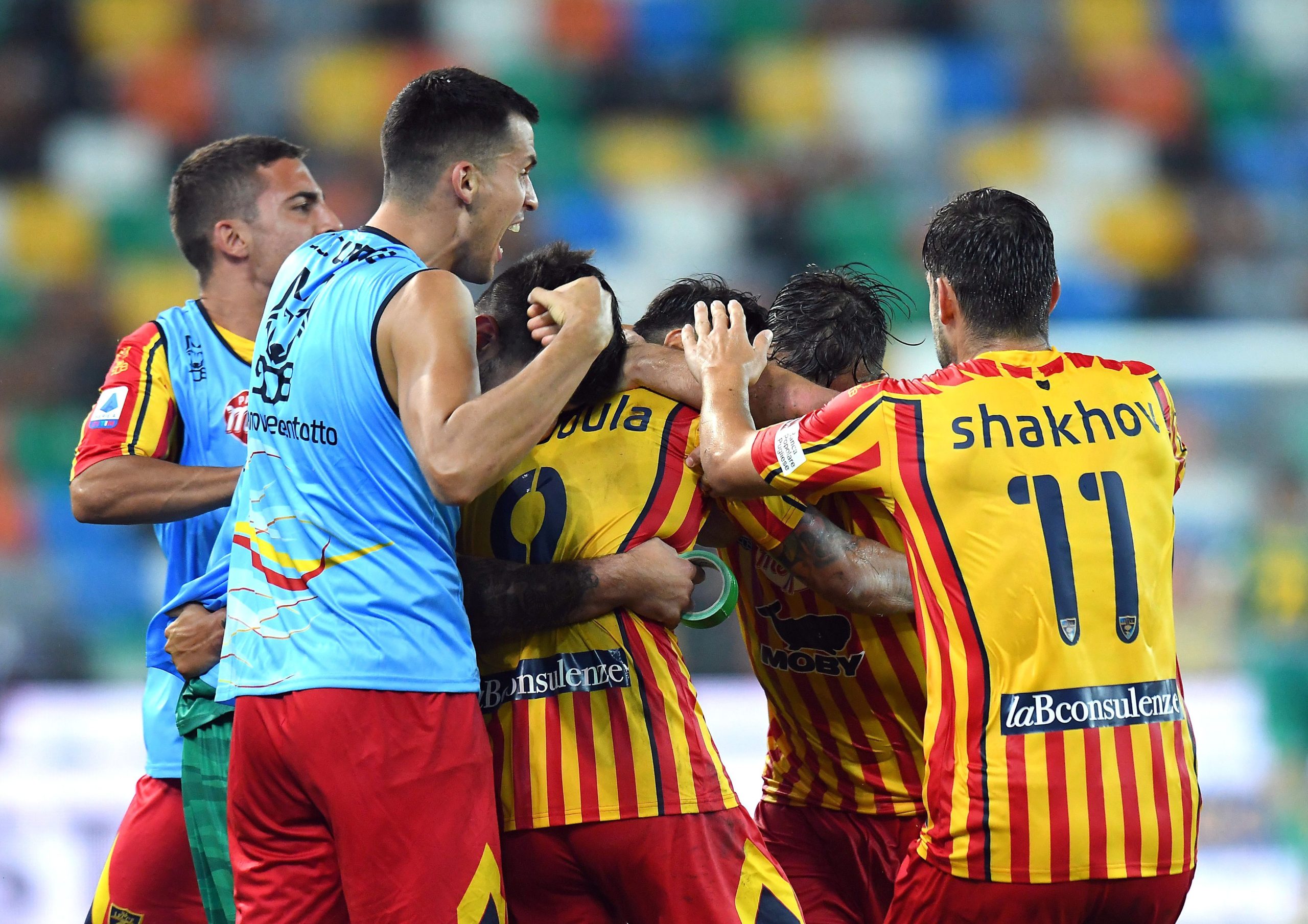 Lecce and Genoa will battle it out for survival on the final matchday of the Serie A campaign after the former secured three points against Udinese on Wednesday to avoid relegation.

Lecce, who are 18th on the table, were four points behind Genoa at the beginning of the matchday and their relegation would have been confirmed, had Davide Nicola’s side won their game at Sassuolo.

However, that was not the case as Genoa suffered a heavy 5-0 defeat at the Mapei Stadium. Hence, Lecce managed to reduce the deficit to one point with a 2-1 comeback win at Udinese, but they had to dig deep for the result.

Samir opened the scoring for the hosts in the 36th minute, but the Giallorossi levelled the proceedings before the half-time interval after Marco Mancosu converted from the penalty spot.

In the second half, Fabio Liverani’s men piled the pressure on Udinese in the search for the winner and it eventually came through Gianluca Lapadula with 10 minutes to spare.

Genoa still have their destiny in their own hands, considering a victory over Hellas Verona at home would ensure their top-flight status. However, if they lose or draw, Lecce could leapfrog them on the table with a win over Parma in their stadium.

Should Genoa lose and Lecce draw their respective games, they will be tied on 36 points, but the former would be guaranteed safety as they have a better head-to-head record this season.

Verona are one of the promoted clubs from the previous season, who have comfortably avoided relegation with a mid-table position. Brescia, who were the reigning Serie B champions last term, have been relegated, but Lecce can still avoid the drop.

It would be a stunning achievement if they manage to do so, considering they have conceded a staggering 81 goals over the course of the season. Meanwhile, Genoa are facing the prospect of relegation for the first time in 13 years.

Lecce relegated in the final matchday of the Serie A season