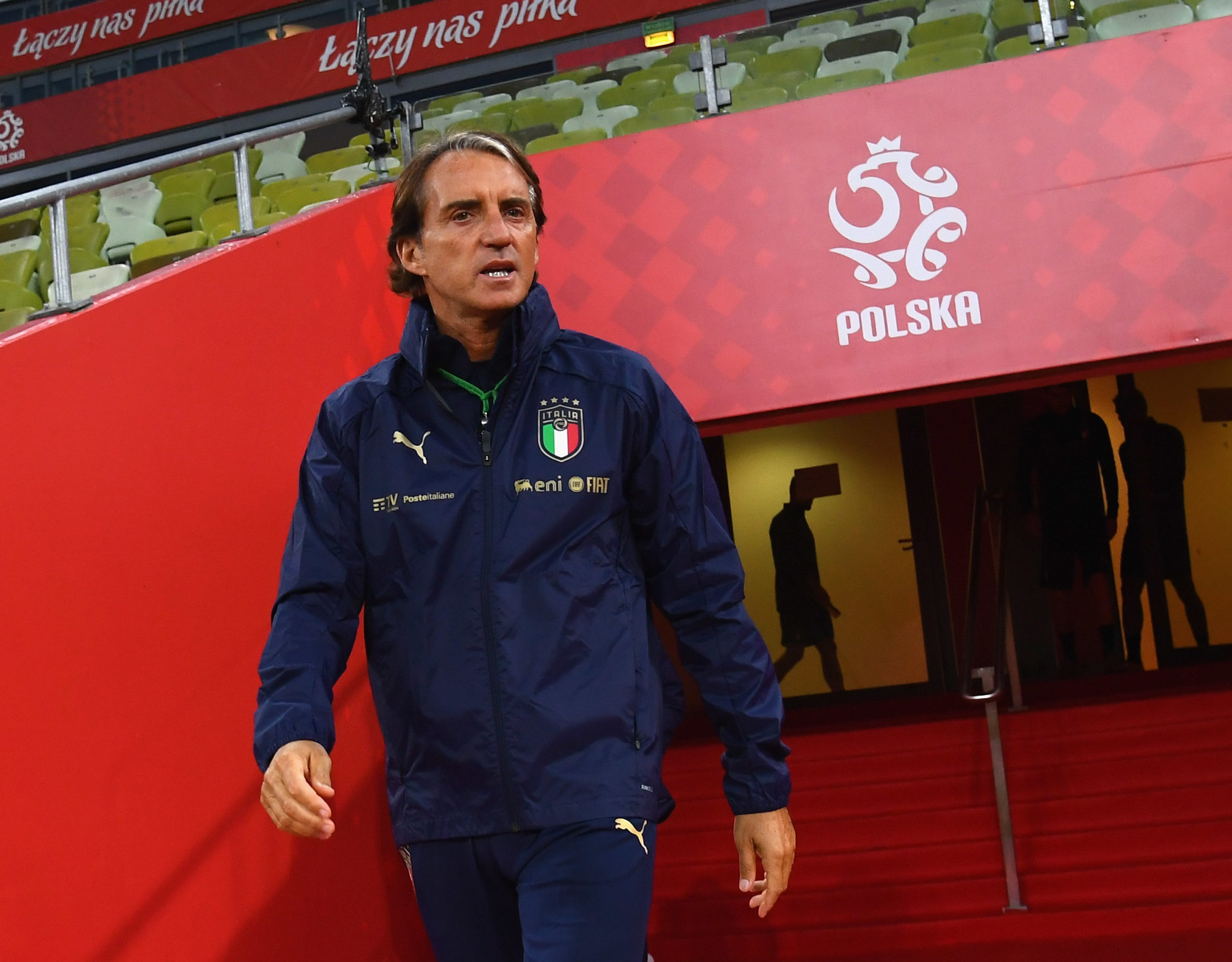 Italy head coach Roberto Mancini has said that the poor condition of the playing field hampered the Azzurri’s prospects of coming up with a win against Poland on the road.

The Azzurri went into the game on the back of a 17-match unbeaten streak, but they were disappointing with their performance as they settled for a goalless draw.

Despite the result, Mancini’s side maintained the top spot in Group 1 of League A after the Netherlands, who were one point behind them, played out a goalless stalemate of their own against Bosnia & Herzegovina.

Speaking after the game, Mancini said that there are no excuses for the result, but insisted that the pitch condition was terrible and played some part in restricting his team from finding the back of the net.

“Something that affected us a little was that the pitch was in a very bad condition,” He told in the post-match interview.

“It’s not an excuse, but it was terrible. That penalises players with more quality, as the ball bounced around irregularly.

“The team played well, we created chances but we didn’t score — it happens.”

Italy were lacklustre in the final third and managed just two of their 16 shots on target. Both Federico Chiesa and Lorenzo Pellegrini spurned glorious chances to find the back of the net in the first half.

Juventus’ new signing Chiesa had the best opportunity to open the scoring in the 11th minute after receiving an inch-perfect cross from Andrea Belotti, but he inexplicably shot over from close range.

Next up, the Azzurri are scheduled to host the Netherlands at the Gewiss Stadium in Bergamo on Wednesday night. A victory could put them in the good position to qualify for the Nations League finals.

The previous meeting against the Netherlands on Match Day 2 went in their favour. Nicolo Barella was the match winner as he scored the solitary goal of the game with a delightful header in first-half stoppage time.