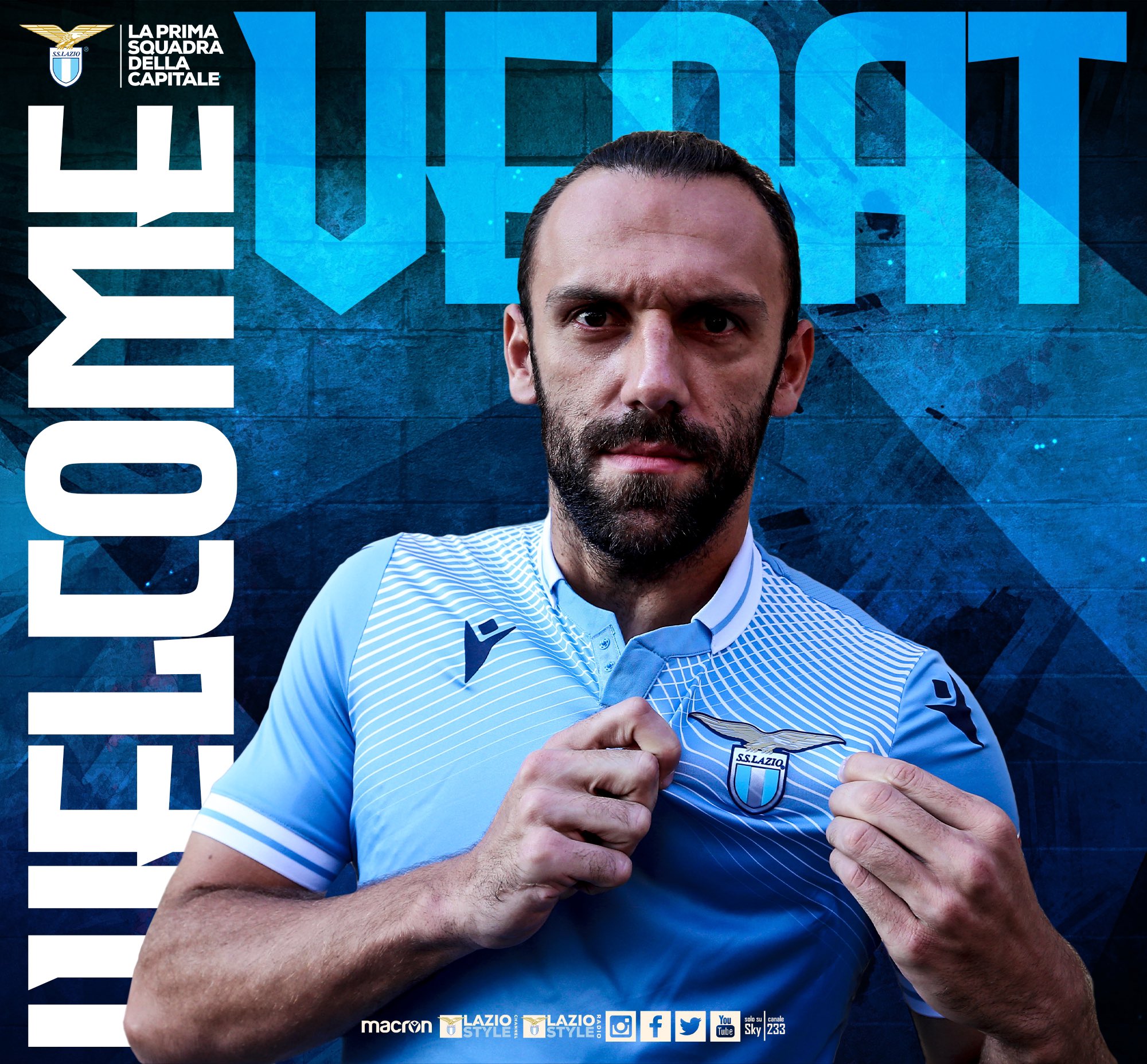 Lazio have completed the signing of Fenerbahçe’s Vedat Muriqi for €18m. The Kosovar is set to become the first player who has represented his country at the international level to play in the Champions League.

The 26 year-old was born in a part of Yugoslavia which is now in Kosovo. He started his youth career with local club Liria and made his senior debut for them in 2010 aged just 16. Three years later, he moved to Albania with Teuta Durrës, who loaned him to Besa Kavajë for half a season. Finally, in 2014, the Kosovar moved to Turkey with Giresunspor, and two years later to the Süper Lig through Gençlerbirliği. In 2018, he signed for Çaykur Rizespor, where his impressive performances caught the eye of Fenerbahçe, who recruited him in 2019.

Now, a year later, he is set to move to the capital of Italy with Lazio, so let’s take a look at his profile…

Vedat Muriqi is a complete striker. At 6′ 4″, he is an imposing aerial presence, while he also possesses good close control and a turn of speed to get out of tight situations. To add to that, he has a rocket of a left boot, and can strike from almost any distance.

There are some forwards. They might be short and quick. Some are powerful. Some are tall, like Peter Crouch, who can get the ball on ground. Muriqi possesses all [of these attributes].

As aforementioned, Muriqi possesses all the required attributes that make him a complete centre-forward. His greatest strength, however, is his aerial presence. His height and physique make him a dominating figure in the air, helping him win 4.9 aerial duels per match on average in last season’s Süper Lig. Unsurprisingly, that is a league-topping statistic.

Adding to that is his linkup play. The Kosovar can not only hold the ball up and wait for support, but he can also create good chances for his fellow attackers. Last season, he won more fouls (1.7) than the number times he was dispossessed (1.6) per match in the Turkish top flight, while also completing 1.3 key passes and 26.9 passes overall.

Lastly, he boasts of one of the best left boots in all of Turkey. Last season, 11 of his 15 Süper Lig goals came courtesy of his left peg, while over 42% of his shots came from it. He is quite clinical with his left foot too, with a shot conversion rate of 22.4%.

His heading ability is strengthened by his smart positioning, as was evident when he got an assist in Fenerbahçe’s 3-2 win over Yeni Malatyaspor.

Here, you can see how he has distanced himself from two defenders while the cross is coming in.

Then, he realises that he will not be able to get enough power behind the header to beat the keeper, so he quickly decides to play his teammate in. He succeeds and gets an assist for his troubles.

Take a look at this video to see more of Vedat Muriqi’s strenghts in full display:

While Muriqi is very good when it comes to bringing his teammates into the game and linking up, he does have a tendency to get caught offside. Last season, he got flagged 0.9 times per match on average, which was fourth-highest in the Turkish top flight. In total, he gave away 30 offsides, which was enough for a runner-up spot in the league charts.

Another scope of improvement in Muriqi’s game is his finishing. While he is utterly clinical with his left foot as we discussed previously, his shot conversion rate with the other parts of his body is rather poor at only 6%.

Defenders may try and force him onto his weaker foot if they learn of this, so Muriqi needs to work on strengthening his right leg. If he can do that and improve his offside awareness, the Kosovar will become a really formidable force up front.

Muriqi could serve as a physical and imposing forward for Lazio, allowing the other attackers’ games to flow freely.

I Biancocelesti‘s options at centre-forward include European Golden Boot winner Ciro Immobile and Felipe Caicedo, while Luis Alberto and more prominently Joaquín Correa have served as a back-up options.

Immobile is, of course, irreplaceable at the moment, so Muriqi would presumably compete with Caicedo and Correa for the second striker spot in Simone Inzaghi’s favoured 3-5-2 formation.

The 26 year-old provides a strong option to partner Immobile, who is not good in the air but is a lethal finisher. The two players’ games complement each other well, so Muriqi may prove to be the best choice.

For the price of €19 million, Muriqi seems to be a very smart signing. At 26, he is at the peak of his physical powers, and should establish himself as a mainstay starter alongside Immobile. Fenerbahçe were reportedly holding out for €25m as specified in Muriqi’s release clause, but Lazio seem to brought the price down.

A very good piece of business on paper, but will it materialise on the field? Only time can tell.

Under the Microscope: Ivan Perišić’s Loan Spell at Bayern Munich; Should Inter Keep Him?
Player Analysis: Is Arturo Vidal the Midfielder that Antonio Conte Needs?