We take a look at the Milan-bound midfielder’s profile… 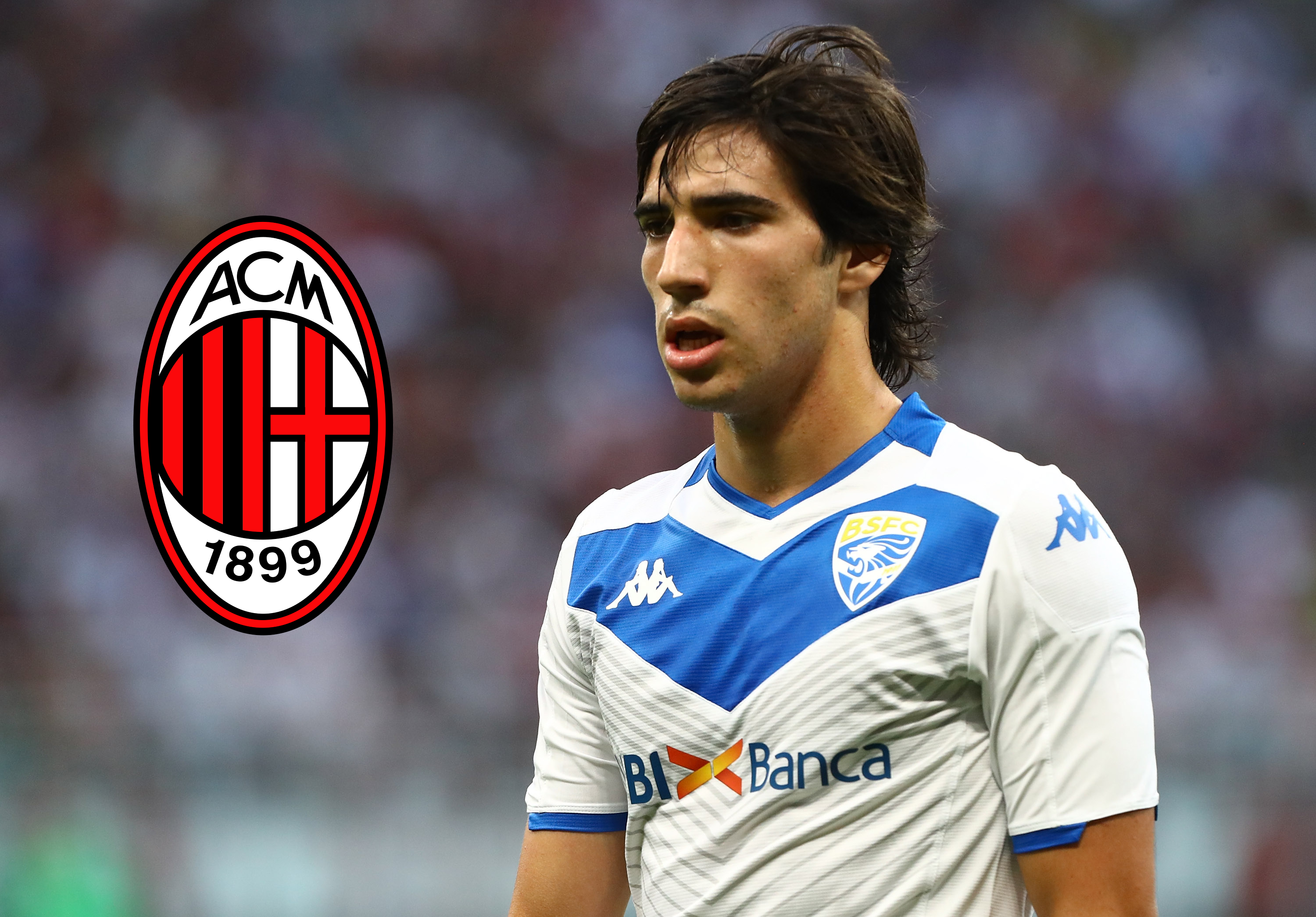 Sandro Tonali is reportedly set to join AC Milan from Bresica on loan for €10 million, with an option to buy for €20 million. Local rivals Inter reportedly had an agreement with the midfielder who is being dubbed as the ‘New Pirlo’ since April, but that has seemingly amounted to nothing.

The 20 year-old was born in Lodi, in Lombardy and started his youth career at the age of 9 with Piacenza, and then moved to Brescia’s youth setup in three years’ time. At the age of 17, he made his senior debut against Avellino in Serie B, and has established himself as a mainstay starter thereafter. He also made his debut for the Italian National team in October of 2019 during the Euro 2020 qualifiers.

With Brescia’s relegation, his time at the club seems to be over, and a move to AC Milan looks like the next step. So, let’s take a look at his profile…

Like the great Andrea Pirlo, he started his playing career with Brescia, and he is set to play for another one of Pirlo’s former teams – Milan. His playing style is quite similar to the Italian legend too; he’s a regista (deep-lying playmaker) – spatially aware, technically gifted, composed, and dictates his side’s tempo with his passing.

It wouldn’t take a genius to figure out that one of Tonali’s greatest strengths is his passing. He completed 39 passes per match last season at an accuracy of 76.1%. While those stats don’t seem too great, you have to remember that he played for a Brescia side that averaged only 42.1% possession and would go on to be relegated.

He is good at carrying the ball too, and completed 1.1 dribbles per game last season while also drawing 1.7 fouls. His work-rate is quite good too, as he pops up all over the pitch to make and receive passes.

His chance creation is very good too – the Italian played 1.9 key passes per match last season, and came back with seven assists while being involved in 50% of his team’s moves which ended in a goal. He can take some wicked set-pieces too – five of his assists have come from dead ball situations.

He displayed all of that as he got an assist in Atalanta’s 6-2 demolition of Brescia.

First, he positions himself perfectly to intercept this pass being played out from the back.

Then, the midfielder takes the ball forward taking a defender with him. This opens up a channel for him to play the striker through, and he does that.

Incisive passing coupled with perfect positioning, where have we seen that before?

Standing upto just under 6 feet, Tonali isn’t the tallest of men, and neither is he the most physical. Therefore, aerial duels are his unsurprising weakness – he only won 0.3 per match in last season’s Serie A with a success rate of 41.9%.

That should also explain his lack of defensive capabilities – the holding midfielder only made 1.1 tackles and 1.2 interceptions per appearance in the last campaign while getting dribbled past 1.1 times in the same period.

His man-marking isn’t too good either, as he displayed against Atalanta (at home this time) when, among other things, he got dribbled past six times.

Here, you can see that he is goal-side of his man, but watching the ball.

He doesn’t pick the run up as he is caught ball-watching, and the attacker is allowed to drift in between the lines, a position ideal for causing chaos in the opposition defence.

Mind you, Tonali is only 20 years of age, so he has a lot of time to work on the defensive side of his game.

Of these, only the first two can be described as mainstay starters, as they have 51 Serie A appearances between them from last season. However, the two of them lack the creative spark that Milan’s forward line crave – they averaged only 0.9 key passes per game each, meaning that their combined total wass outperformed by Tonali.

The strength of Milan’s current midfield pairing is defending. Bennacer is particularly good, as he made 2.2 tackles and 1.7 interception per match last season. So, he can be paired with Tonali to mask the Italian’s defensive weaknesses, while the 20 year-old does the playmaking. Better yet, he’ll have the likes of Zlatan Ibrahimović, Ante Rebić and Hakan Çalhanoğlu in front of him, so his creative talents won’t go to waste.

This looks to be a very smart signing on Milan’s part, both in terms of quality and fee. They have a long-term creative midfield starter on their hands, who looks to be similar to Andrea Pirlo based on early indications. The player, on the other hand, gets top-level footballing action, while also being saved from playing a season in the second division.

The only real losers here are Inter, but neither party (AC Milan in particular) will be too concerned about them.