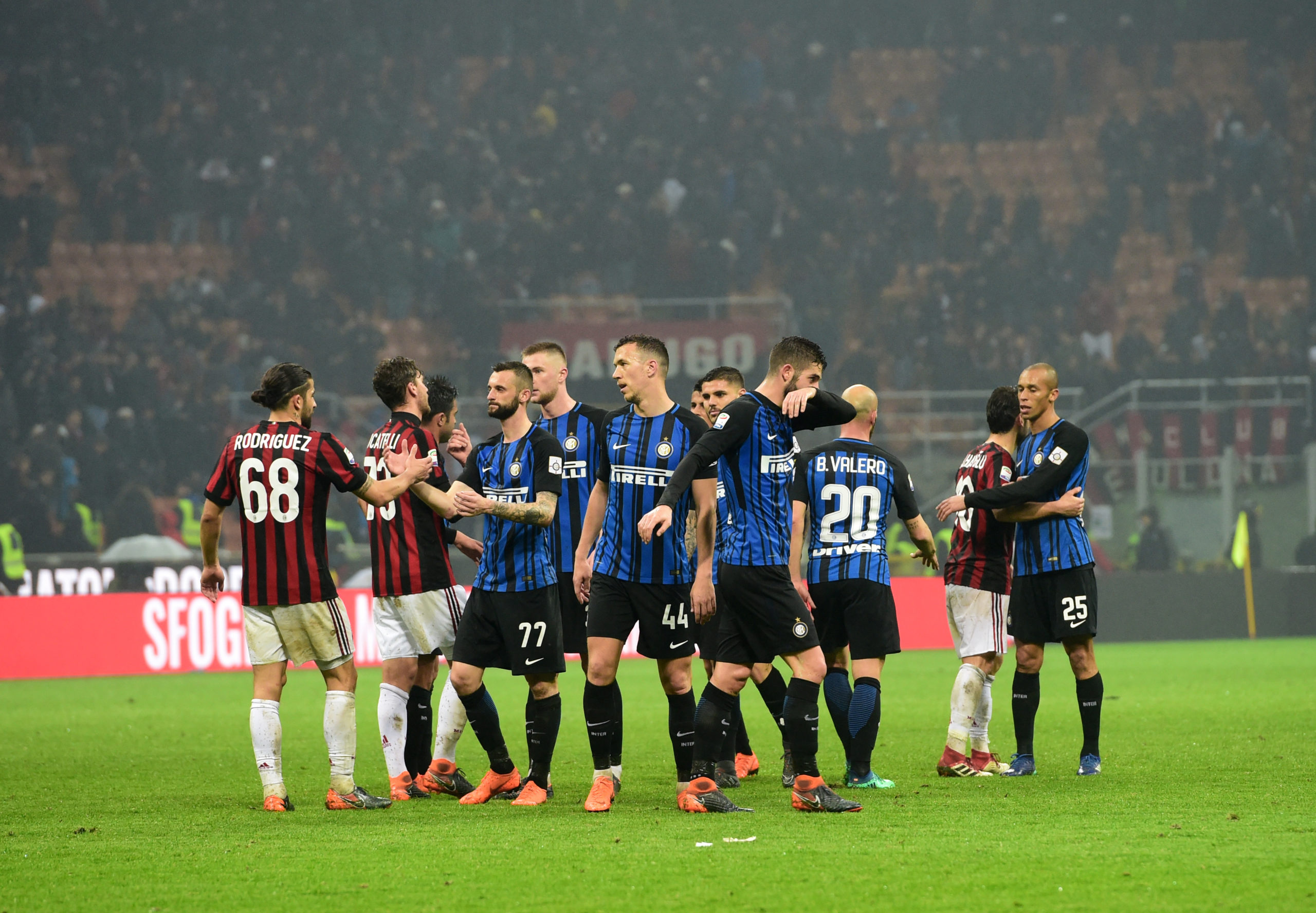 Inter Milan will take on arch-rivals AC Milan in one of Serie A’s most anticipated derbies on Saturday.

The Nerazzurri started the season with back-to-back wins, but they settled for a 1-1 draw against Lazio prior to the international break.

The Rossoneri, on the other hand, have made the perfect start to the campaign and they are only behind Atalanta on goal difference.

Stefano Pioli’s side come into the Milan derby with confidence and they could potentially go top with a win tomorrow.

The duo have met each other on 191 occasions in their history and the Nerazzurri have had the slight edge with 72 wins to 60.

The previous meeting was in February where the Nerazzurri came from two goals behind in the first half to register a stunning 4-2 comeback win.

The victory meant that they continued their recent dominance over the Rossoneri. They are now unbeaten in eight matches against them.

The hosts are set to be without at least eight first-team stars. At present, six players in Ashley Young, Ionut Radu, Roberto Gagliardini, Radja Nainggolan, Alessandro Bastoni and Milan Skriniar are under isolation after testing positive for COVID-19. Matias Vecino, on the other hand, is out injured while Stefano Sensi is suspended for the outing.

Milan have the likes of Matteo Gabbia, Leo Duarte, Mateo Musacchio and Andrea Conti, who have yet to recover from the coronavirus while Ante Rebic is unavailable following the arm injury suffered against Crotone last month. They will be, however, boosted with the return of Zlatan Ibrahimovic, who has not played since mid-September due to COVID-19.

Romelu Lukaku – Inter Milan: The Belgium international stood out in his debut season for the club last term with 34 goals, but the campaign ended on a sour note as he scored the own goal which contributed to Sevilla beating the Nerazzurri in the Europa League final. The former Manchester United star has started the current season with three goals from as many league games and should provide a genuine scoring threat upfront alongside Lautaro Martinez with whom he has formed a solid strike partnership. Lukaku fared impressively against Milan last term as he scored in both victories.

Zlatan Ibrahimovic – AC Milan: Zlatan may have turned 39, but he is still one of the best strikers in the world. He joined the club on a free transfer in January and played a crucial role in their unbeaten run after the coronavirus shutdown as they qualified for the Europa League. The Swede registered 11 goals and five assists from 20 appearances last term and has continued the good form this season. He has not played since September 17 after testing positive for COVID-19, but has still bagged three goals from just two outings. Zlatan’s aerial presence and strong hold-up play could be key to the Rossoneri ending their eight-match winless run in the derby.

Both teams are missing players due to the coronavirus, but the majority of them are available for the derby. Inter will definitely start the favourites for the encounter, but Milan have looked a different outfit since June this year. We are not fancying them to end their winless streak, but they have the quality to come up with a share of the spoils.

Serie A Transfer round-up
Serie A preview: Napoli vs Atalanta