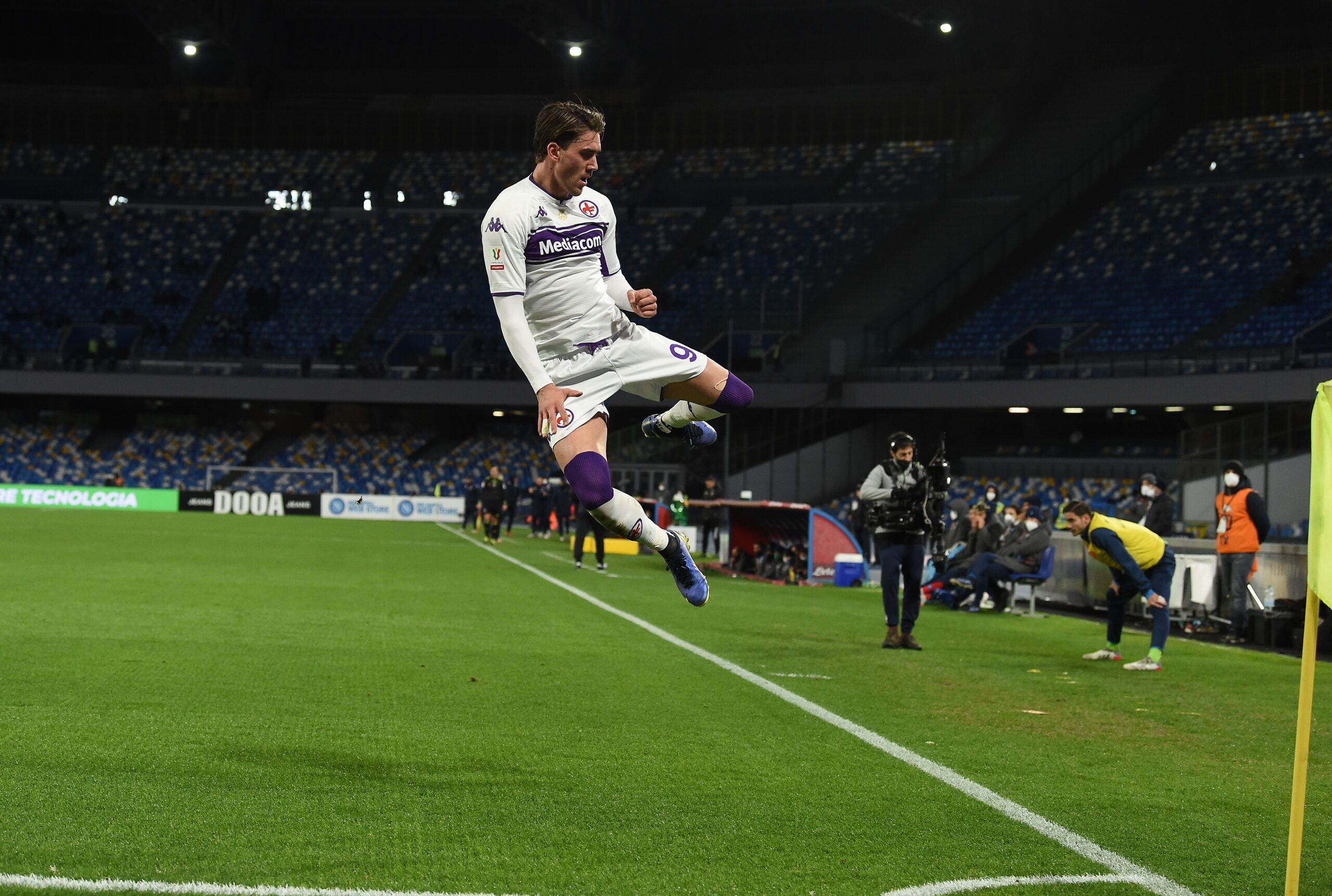 Dusan Vlahovic’s high-profile move from Fiorentina to Juventus was an absolute highlight of the recently completed January transfer window in Serie A.

But there were other exciting pieces of business in Italy, so let’s take a quick look at the top-five transfers in Serie A this winter.

Don’t judge the book by its cover.

Ainsley Maitland-Niles may have failed to make favourable Arsenal news headlines, but only three Serie A matches into his new adventure at Roma, and he is already one of Jose Mourinho’s favourites.

The Special One insisted on the 24-year-old’s loan signing earlier in January, and the deal has paid off so far, with the versatile midfielder going from strength to strength in his early days at the Stadio Olimpico.

Roma have no option to buy Maitland-Niles permanently at the end of the season, but if he continues to impress in Italy, the Giallorossi will likely find the way to buy him out.

Stefano Sensi carried a reputation as one of Italy’s finest talents when he swapped Sassuolo for Inter Milan in summer 2019.

While enjoying his rise to stardom at the Mapei Stadium, the highly-rated playmaker developed into one of the best creative midfielders in Serie A.

Unfortunately, a series of injury setbacks hampered his progress at Meazza, forcing the Nerazzurri to offload him on a short-term loan to provide him with time and space to regain his confidence.

Sampdoria re-hired Marco Giampaolo as part of the club’s bid to avoid relegation this season, and the Italian manager’s style of play could inspire Sensi’s comeback.

Jonathan Ikone’s move from Lille to Fiorentina went through without much media coverage, but the French star could be one of the revelations in the second half of the season.

During his illustrious three-and-a-half-year stint at Les Dogues, the 23-year-old earned four caps for the France national team and grew into one of the most skilful players in Ligue 1.

Pace, vision, technique and tactical awareness make Ikone a perfect prototype of a modern-day playmaker, and with the way Fiorentina are playing, he should have no problems fitting in.

Additionally, he can cover a multitude of roles alongside the frontline, which could make him invaluable to Vincenzo Italiano’s set-up as La Viola seek what would be an unexpected top-four finish.

Atalanta are not known for spending large sums of money on signings, but when they splash out €22m on one player, rest assured that they know what they are doing.

Following an underwhelming episode at Chelsea, Jeremie Boga has taken Serie A by storm, establishing himself as one of the best wingers in Italy’s top-flight over the past couple of years.

Bursting runs down the flanks, coupled with lightning-quick feet and a keen eye for goal, earned the 25-year-old a household status at Sassuolo.

But time has come for Boga to take his career to the next level, and competing for a top-four finish in Serie A should motivate him to try and repay Atalanta’s trust for making him the club’s record signing.

When it comes to Serie A transfers in January, Dusan Vlahovic’s mega-money switch from Fiorentina to Juventus is, without any doubt, the icing on the cake.

Widely regarded as one of the hottest prospects in world football, the 22-year-old is undoubtedly up there with Europe’s top talents, including Borussia Dortmund’s Erling Haaland.

Despite playing for a mid-table team in Serie A, Vlahovic has been by far the most prolific player in Italy’s top-flight in the last couple of seasons, earning a lucrative €70m move to Juventus as a reward.

Given Juve’s scoring problems in the first half of the season, the Serb’s arrival should be a solution as long as he maintains his outrageous scoring exploits from Artemio Franchi (see Serie A top scorers list).

And when you consider almost half of Europe was keen on securing Vlahovic’s services, it is easy to assume that the record-time Italian champions have got their hands wrapped up around one of the most precious jewels on the market.