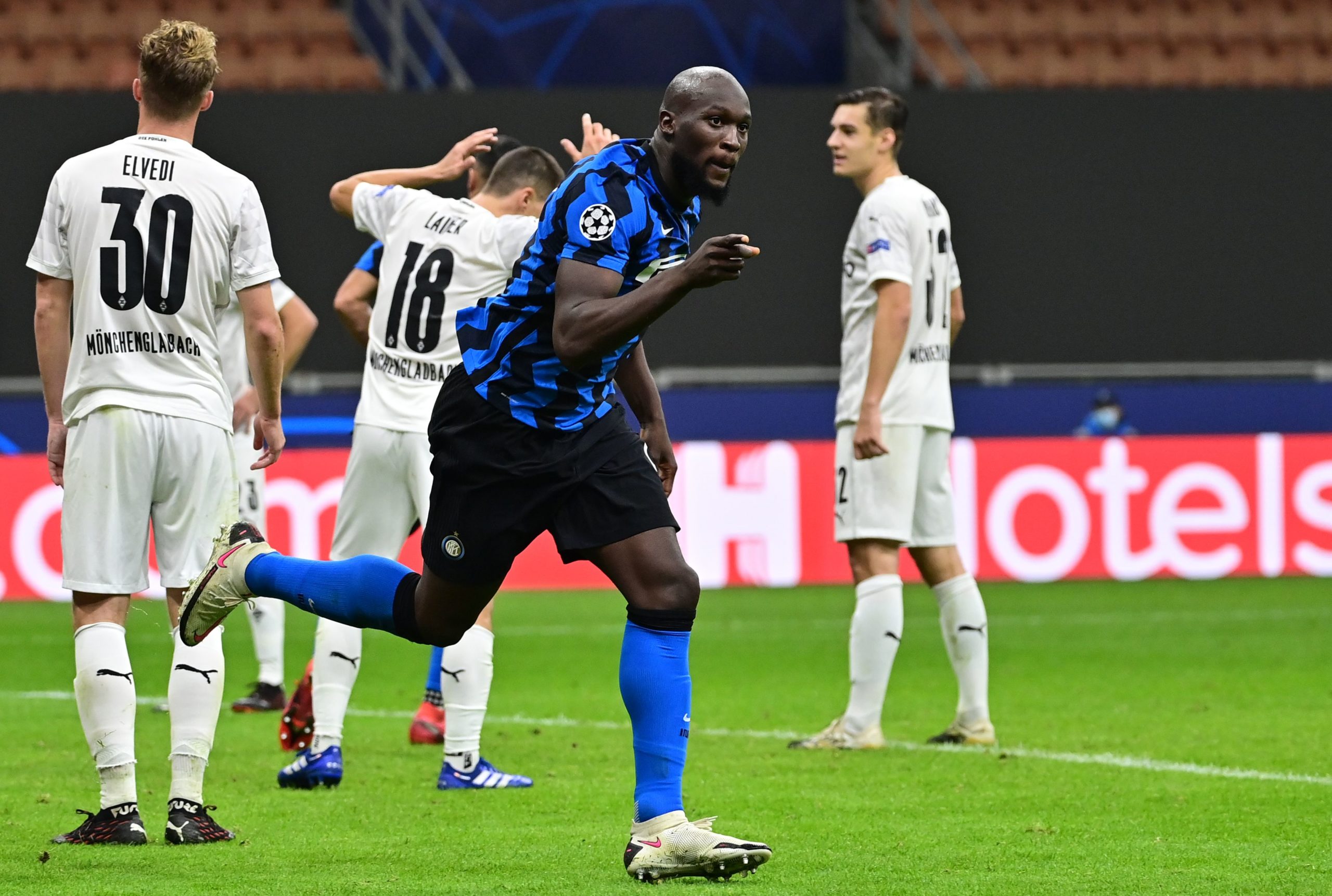 Inter Milan began their 2020/21 Champions League campaign with a hard-fought 2-2 draw against Borussia Monchengladbach in Group B on Wednesday night.

The Nerazzurri were favourites to pick up three points against the Bundesliga outfit, but they struggled in front of goal with only four of their 17 shots being on target.

Romelu Lukaku broke the deadlock for the Nerazzurri in the 49th minute of the encounter, but Monchengladbach levelled the proceedings shortly after the hour mark.

Marcus Thuram was fouled in the box by Arturo Vidal. The referee had initially waved off protests for a penalty, but awarded the spotkick after looking at the pitch-side monitor. Ramy Bensebaini scored on his Champions League debut.

Jonas Hofmann had come into the game in good form for Monchengladbach with two goals and four assists from five outings and he put his team ahead in the 84th minute after a wonderful defence splitting pass from Patrick Herrmann.

Inter pushed for the equaliser thereafter and eventually found it in the 90th minute through Lukaku. Alessandro Bastoni’s header from an Aleksandar Kolarov corner from the right, fell into the feet of the Belgian for an easy tap-in at the back post.

Kolarov had the opportunity to win it for Inter with the final kick of the match. The Serbian’s free-kick initially appeared to be curling in on goal, but just hit the side netting. It would have been a sigh of relief for goalkeeper Yann Sommer, who was unlikely to save the effort, if it was on target.

Romelu Lukaku saves Inter’s blushes: The Nerazzurri had gone into the game on the back of disappointing displays against Lazio and AC Milan and they experienced a frustrating first half where Monchengladbach’s defence nullified their threat. Lukaku managed to eventually find a way past the backline with a scrambled effort from close range in the 49th minute. Prior to second-half stoppage time, he bagged a much-needed equaliser for the hosts with a tap-in at the far post. Both efforts were relatively easy to score, but the Belgian needed to be at the right place at the right time to find the back of the net. The former Manchester United man has now scored in nine successive European games for the Nerazzurri.

Inter’s defensive woes: Antonio Conte’s side conceded two quick-fire goals in the Milan derby last weekend and they could not comeback to pick up a point. Against Monchegladbach, Vidal playing in the defensive midfield role was the major culprit for both on the goals conceded. He tripped Thuram in the box to concede the penalty which brought Monchengladbach back into the game. Towards the end of the game, he could not cut out the through ball from Herrmann for Hofmann, who coolly slotted the ball past Samir Handanovic’s legs to put his team ahead. Skriniar has been a huge miss for Inter after testing positive for COVID-19 and Conte will be hoping that Slovakian can return to the back three at the earliest.

Nico Elvedi’s standout display: While Lukaku and Hofmann got the plaudits for the late goals for their respective teams, Nico Elvedi was the standout performer when it came to the defenders. The Swiss centre-back kept the Inter attack at bay by himself on numerous occasions and he ended the match with an impressive tally of six tackles, four interceptions and four clearances. Only Vidal managed more tackles and interceptions than him over the course of the 90 minutes, but the Chilean will still be disappointed after conceding the penalty which brought Monchengladbach back into the contest. The German side scored with their only attempts on target, and that should frustrate Conte.