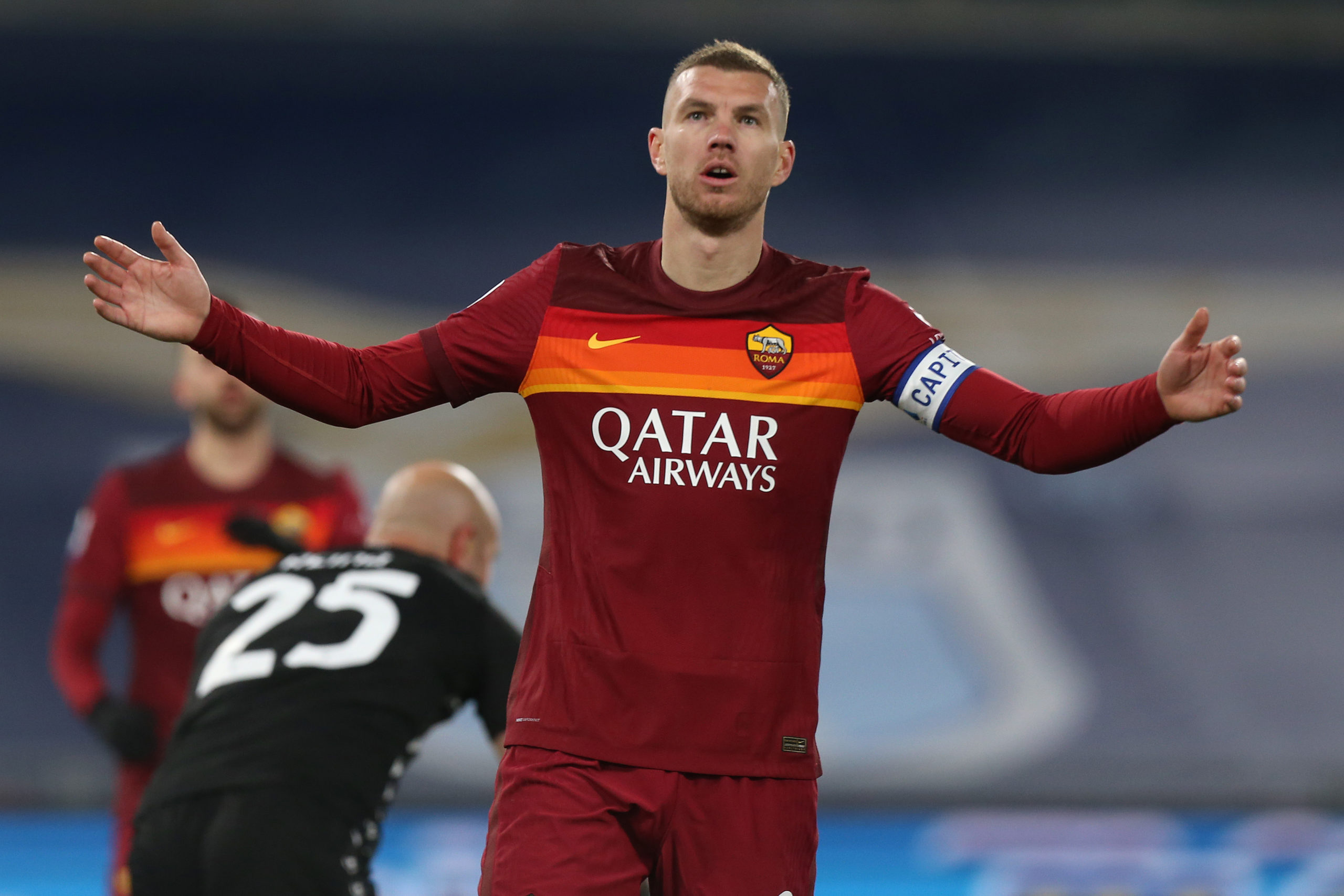 Edin Dzeko is reportedly looking to pursue a fresh challenge away from AS Roma after falling out with manager Paulo Fonseca earlier this month.

That contributed to his absence from the weekend Serie A action against the same club, where Roma registered a dramatic 4-3 victory.

Dzeko still has 17 months remaining on his Roma contract, but it appears that he could be on the move after the fall-out with the head coach.

He was recently stripped from the captaincy and the Bosnian seems to have made his mind up to leave the Giallorossi this month.

It was widely known that the Bianconeri were interested in the centre-forward last summer, but the deal failed to go through after Roma were unable to land a suitable replacement. Arkadiusz Milik was their obvious target, but they failed to strike an agreement with Napoli. The Serie A holders started the season with Alvaro Morata and Cristiano Ronaldo leading the line, but of late, the former has been restricted to a bench role with Paulo Dybala starting ahead of him. The club have also utilised Dejan Kulusevski up front, but they are still on the search for another game-changer off the bench, who can also act as a target man. It won’t come as a surprise, if they are back in the hunt for Dzeko.

Similar to the Bianconeri, the Nerazzurri are looking to add another dimension to their attack. Manager Antonio Conte has been aiming to sign Olivier Giroud from Chelsea for a while without much success and that could pave the way for Dzeko to join the club. Lautaro Martinez and Romelu Lukaku have fared splendidly as a pair up front, but behind them, there is only Alexis Sanchez, who is not the best when it comes to holding up play. Dzeko has vast experience in the Serie A with 85 goals from 187 games and could prove a quality option to call off the bench. Both Inter and Juventus have played out frustrating league draws this term and could do with Dzeko, who can provide a scoring threat in the box with his physical presence and good heading ability.

Dzeko spent four and a half seasons with Manchester City between 2010 and 2015 where he made his mark with 72 goals from 189 appearances. The Hammers recently sanctioned the sale of Sebastien Haller to Ajax and that has left them with only one specialist striker in Michail Antonio in their ranks. Antonio has impressed since his return to the starting lineup with back-to-back winning goals, but he has struggled to stay unscathed over an extended period of time. Hence, the east London outfit need an experienced option to provide adequate competition and Dzeko could be the perfect fit. However, the Hammers may have a tough task of convincing the striker with both Juventus and Inter capable of offering him European football unlike them.