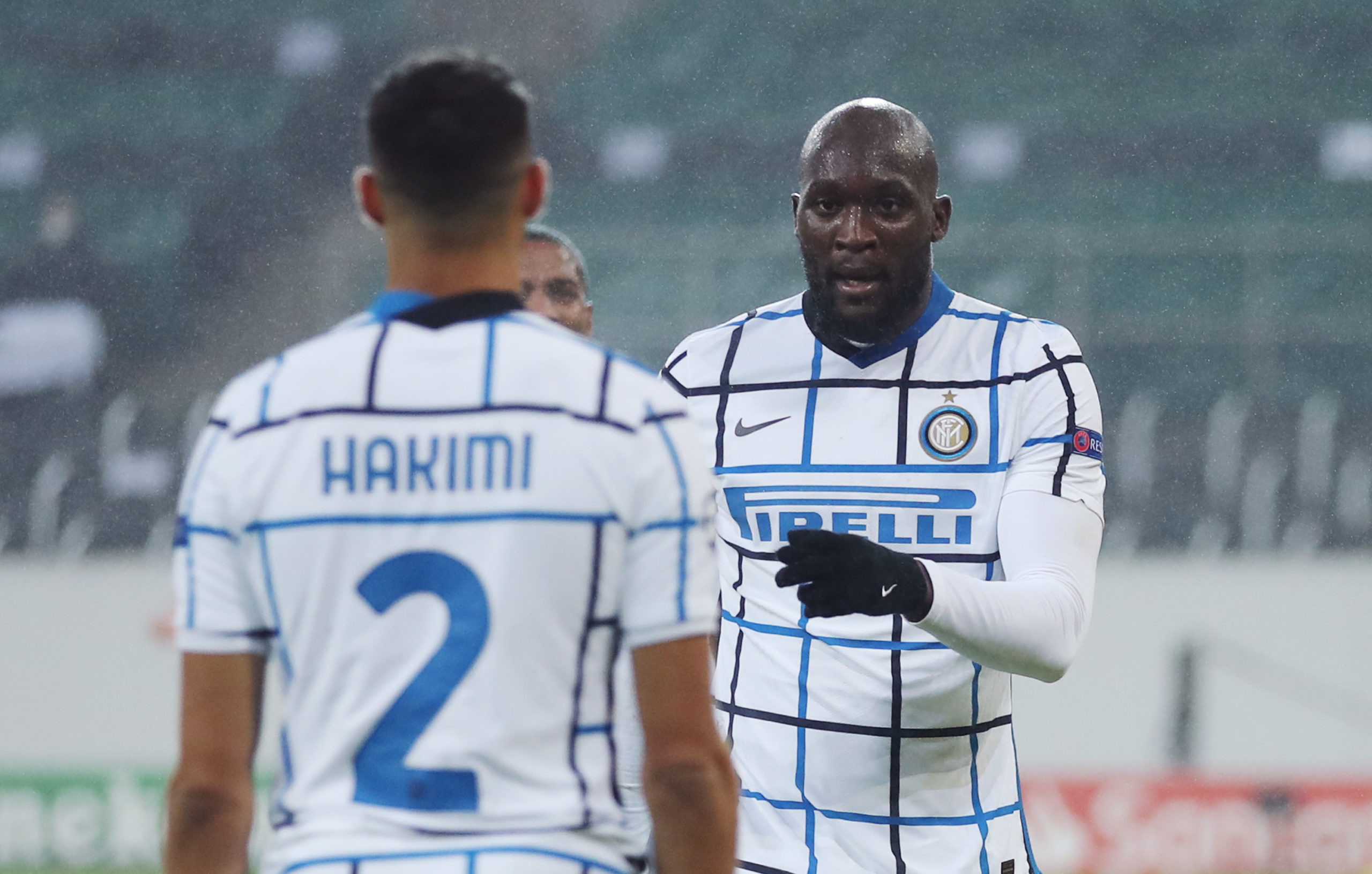 Inter kept their Champions League round of 16 hopes alive after an impressive 3-2 win over Borussia Monchengladbach on the road on Tuesday night.

The Nerazzurri needed a victory to avoid elimination from the competition and they managed to do so as Romelu Lukaku starred with two second-half goals.

Antonio Conte’s side are now up to five points in Group B, but they continue to remain bottom with Real Madrid (seven), Shakhtar Donetsk (seven) and Monchengladbach ahead of them.

They are scheduled to host Shakhtar in the final matchday and a victory could see them make a stunning turnaround to finish second, suppose the game between Real Madrid and Monchengladbach does not end in a draw. Los Blancos are currently ahead of them on the head-to-head record.

Romelu Lukaku ends mini-European goal drought: The Belgian has been in sublime form for the Nerazzurri in Europe and he had recently scored for nine successive games before failing to find the net against Shakhtar and Los Blancos. He needed to deliver for Inter on Tuesday to keep their round of 16 prospects alive and he did exactly so by scoring a brace for the second-straight game against Monchengladbach. Lukaku showed terrific composure with a right-footed shot to beat the goalkeeper at the far post in the 64th minute. Less than 10 minutes later, he doubled the advantage with an easy strike as he found himself one-on-one with the goalkeeper after a delightful Achraf Hakimi cross.

Inter on course for stunning comeback: The Nerazzurri were walking a tight rope after the disappointing 2-0 defeat to Los Blancos last week. They needed to beat Monchengladbach on Tuesday and managed to achieve the result with a hard-fought 3-2 triumph. They can ensure their progress to the next round with a win over Shakhtar at San Siro next week, but that would also depend on Real Madrid and Monchengladbach not playing out a draw in the other group clash. The Nerazzurri could become only the second side in the competition’s history after Atalanta last season to qualify for the round of 16 after going winless in their first four group games.

Inter’s defensive display: Despite the win, manager Antonio Conte has plenty to address over the club’s defensive performance. Alassane Plea scored in either half of Monchengladbach and his 75th-minute strike led to a nervy finish to the game. The Frenchman appeared to have sealed a stunning comeback for Monchengladbach with his hat-trick goal in the 83rd minute, but the goal was disallowed by the referee through VAR after Breel Embolo, who was in an offside position impaired the vision of goalkeeper Samir Handanovic. It was obviously a lucky break for the visitors, who have conceded two or more goals in four of their five group matches.