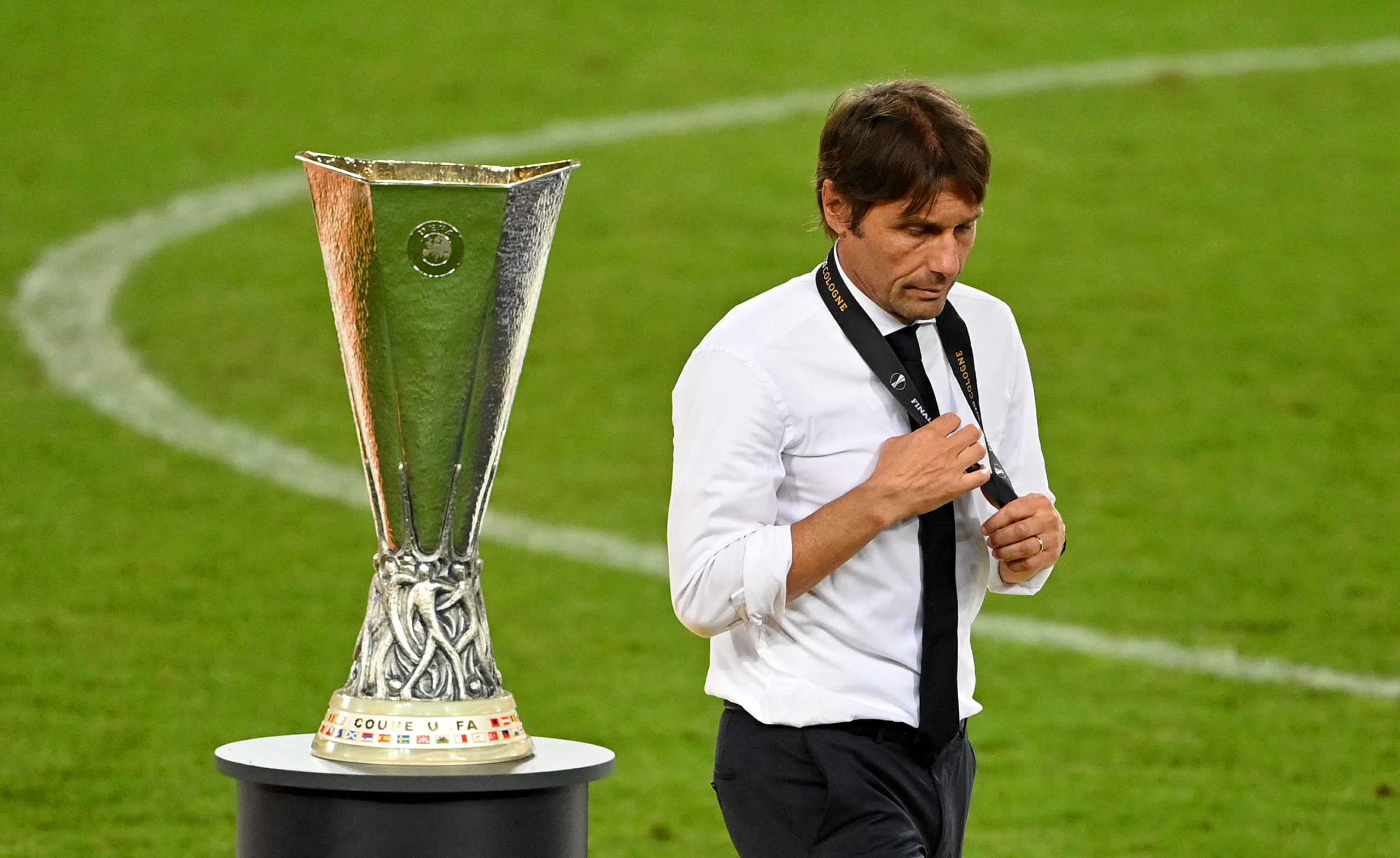 Inter were unable to end their nine-year trophy drought as they suffered a 3-2 defeat to Sevilla in the Europa League final on Friday night.

The Nerazzurri had gone into the game as slight favourites and they made the perfect start with Romelu Lukaku scoring from the penalty spot in the fifth minute.

However, their lead lasted for only seven minutes before Luuk de Jong levelled the scores with a powerful header which beat Samir Handanovic at the near post.

The Dutchman gave Sevilla the advantage after another super headed goal in the 33rd minute, but the Nerazzurri managed to nullify the deficit within 100 seconds through a trademark header from Diego Godin.

In the second half, Antonio Conte’s side had the chance to take the lead through Lukaku and Alexis Sanchez, but they were unable to do so after key interceptions from Bono and Jules Kounde respectively.

Ultimately, they were made to rue for the missed opportunities in the 74th minute when Lukaku unfortunately scored an own goal when trying to clear a ball which was going harmlessly out of the field.

Romelu Lukaku ends season on a disappointing note: Lukaku matched the record goal tally (34 achieved by Ronaldo Nazario in 1997/98) for an Inter player in his debut season, but he ended the campaign without any piece of silverware. Against Sevilla, he extended the competition scoring record by finding the net for the 11th straight game, but he would be bitterly disappointed with the own goal which cost the team dearly. Lukaku is still awaiting his first trophy at the professional level.

The future of manager Antonio Conte: Antonio Conte had previously suggested that he could walk away from the club, suppose they don’t wish to keep him for the three-year contract originally agreed. Following the final, the Italian has expressed doubts whether he would remain at the helm next season. The former Chelsea boss may want the assurance of funds to improve the squad in order to stay put.

Inter’s trophy drought: The Nerazzurri have not won any major silverware since the 2011 Coppa Italia and their wait has been extended after the disappointing loss in Cologne. The club had gone into the final on the back of conceding just one goal from six matches. However, their defensive organisation was missing in the final where they looked disoriented from set-pieces, from which Sevilla capitalised to score thrice.