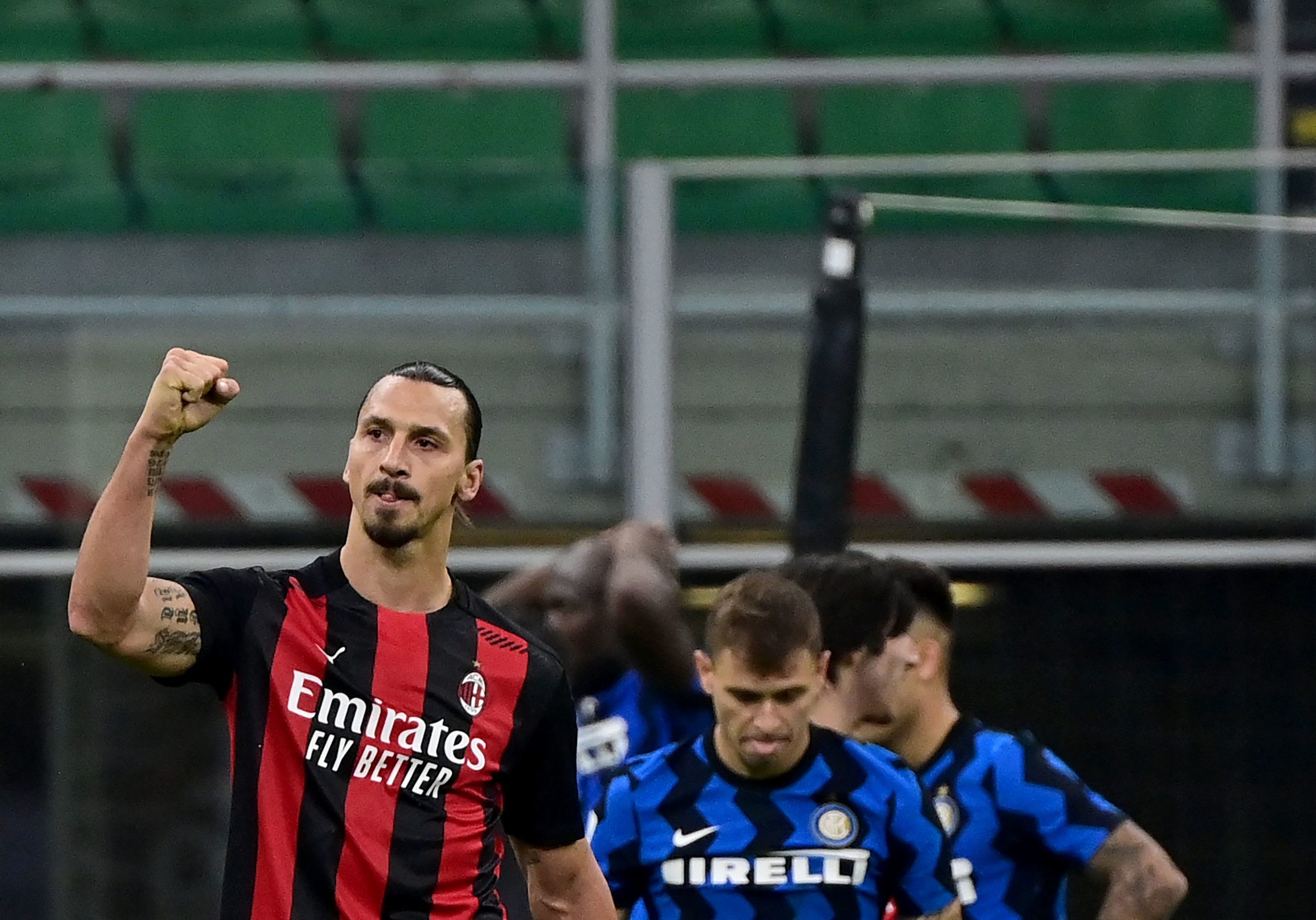 AC Milan claimed the bragging rights on Saturday as they secured a 2-1 triumph over Inter Milan in the derby.

The Rossoneri had gone into the game as only one of two teams, who had made the perfect start to the campaign.

The victory over their arch-rivals has propelled them to the top of the standings after a single matchweek for the first time since March 2012.

Zlatan Ibrahimovic was the star of the Milan derby with a quick fire brace for the Rossoneri between the 13th and 16th minute.

His former Manchester United teammate Romelu Lukaku reduced the deficit for the Nerazzurri before the 30th-minute mark.

Antonio Conte’s side were, however, unable to score the equaliser during the remainder of the contest.

Lukaku came closest to doing so with a backheel shot at the end, but Gianluigi Donnarumma was well positioned to save his effort.

Here are three things we learned:

Zlatan Ibrahimovic excels: Zlatan may have turned 39, but he has shown no signs of slowing down. There were initially doubts whether he could make a mark for the Rossoneri following his return from Major League Soccer at the turn of the year. The Swede proved his worth last season with 11 goals during the backend of the campaign which helped the team qualify for the Europa League. He has started the current campaign in superb fashion with five goals from just three outings. The ex-United star returned to action for the Rossoneri after spending a few weeks on the sidelines with COVID-19, but he showed no rustiness as he put the Nerazzurri defence to the sword with a match-winning brace.

AC Milan end winless derby league streak: The Rossoneri had gone into the Milan derby without beating the Nerazzurri in eight league games. In the previous meeting, they managed to go 2-0 ahead during the first half, but lost the plot after the break with the Nerazzuri scoring on four separate occasions. This time around, they were able to hold onto the early advantage as they registered their first Serie A win over Inter since 2016. As a result, they are now the only team to have registered 12 points from the opening four league games and it remains to be seen whether they can sustain the form in the long-run. The Rossoneri, who have not won the Scudetto since 2011, have not played in the Champions League since 2014.

Inter’s inauspicious start to the season: The Nerazzurri ended last season in a disappointing fashion as they lost the Europa League final to Sevilla. The current campaign has not started as planned and they have accumulated just seven points on the table after four games. While it is too early to judge their title credentials, Conte would surely be disappointed by the fact that the club have gone winless in the past two games against Milan and Lazio, who are among their main rivals for the Champions League spots. For the recent derby, the Nerazzurri were missing a couple of key defenders in Alessandro Bastoni and Milan Skriniar due to COVID-19, but they still had better attacking players on display.