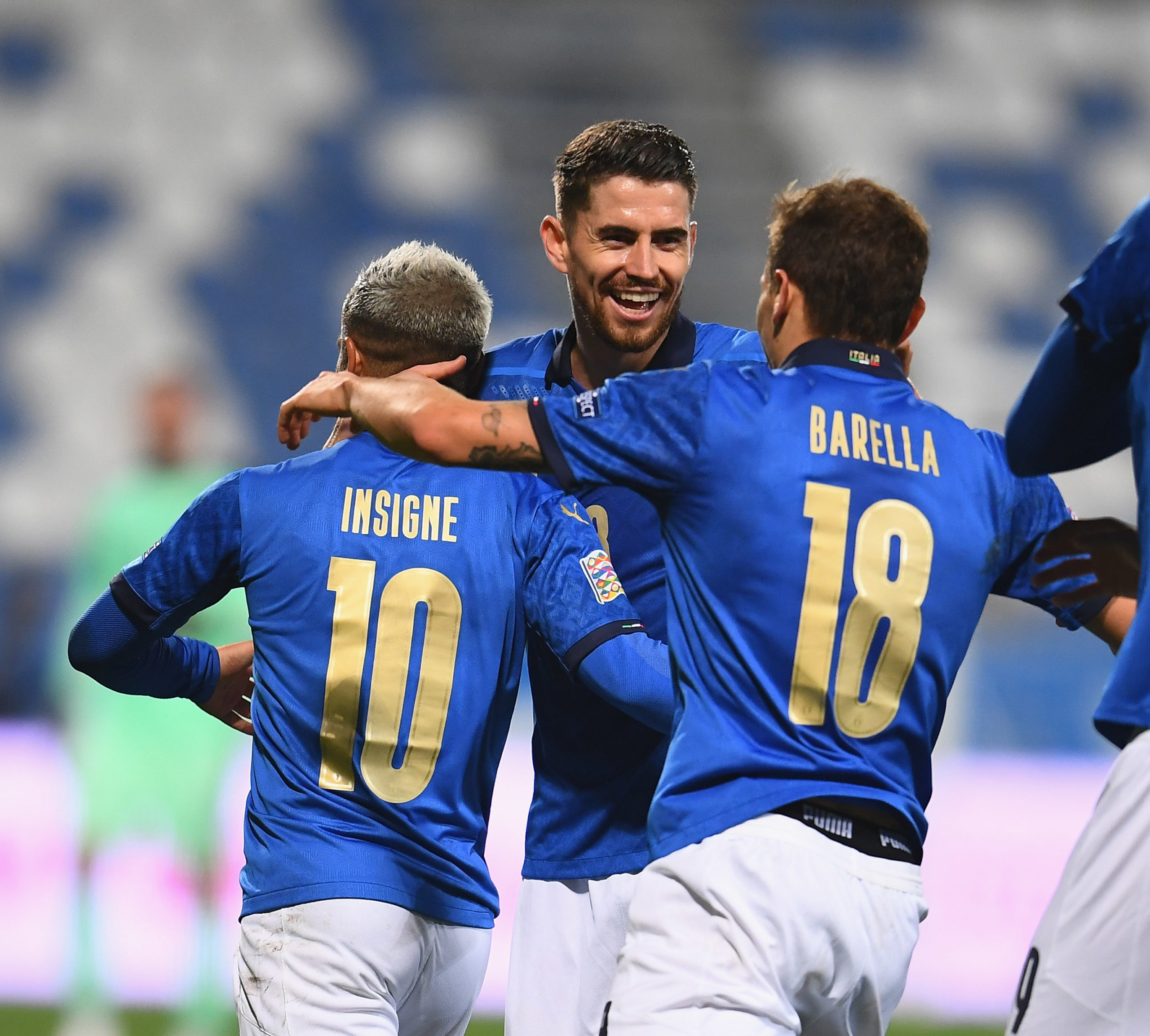 Italy moved to the top of their UEFA Nations League group after a comfortable 2-0 win over Poland at the Mapei Stadium on Sunday night.

The Azzurri started the game with a one-point deficit to Poland, who were the leading the standings and they were clearly the dominant side over the 90 minutes as the visitors failed to test goalkeeper Gianluigi Donnarumma.

Roberto Mancini’s side found the net through Jorginho and Domenico Berardi in the first and second half respectively and that sees them top of League A Group 1 with nine points.

Poland, on the other hand, had a game to forget with just two shots attempted and neither were on target. That has dropped them to third on the table with seven points, one behind the Netherlands, who beat Bosnia & Herzegovina in the other group game.

Italy are scheduled to face Bosnia & Herzegovina in the last Matchday of the group stage. A win would guarantee their spot in the Nations League finals, but they can also qualify with a draw or a defeat.

A stalemate between Netherlands and Poland would ensure that the Azzurri can qualify without picking up a point. Should Poland beat the Dutch, a draw would be sufficient for them to secure the finals berth.

Jorginho’s performance: Jorginho had the perfect game in the centre of the park for the Azzurri and he misplaced just four of his 86 passes over the course of 90 minutes. The midfielder also managed the joint-most tackles (four) on the night and he opened the scoring in the 27th minute via the penalty spot. The 28-year-old recently missed two penalties on the bounce for Chelsea, but he comfortably converted hit spot-kick for the Azzurri with a tidy shot to find the bottom left corner which wrong-footed Wojciech Szczesny.

Italy extend unbeaten streak: The Azzurri extended their unbeaten run to 21 games across all competitions after the comfortable triumph over Poland. Mancini’s side have struggled to score regular goals in the Nations League and yesterday’s game was the first time that they had managed to score more than once since the inauguration of the competition in 2018. With the result, they also ended their hoodoo at home. They had previous gone four home matches in the competition without a victory. All of them ended in draws.

Italy impress without key defenders: Italy went into the game with their main centre-backs in Leonardo Bonucci and Giorgio Chiellini injured while Alessio Romagnoli and Angelo Ogbonna were also sidelined. Hence, Mancini had to choose Francesco Acerbi and Alessandro Bastoni, who had a combined 10 caps to their name and the duo effectively managed the threat of Robert Lewandowski. Acerbi, 32, showed tremendous leadership at the back as he won nine aerial duels alongside two tackles, two clearances and two interceptions.