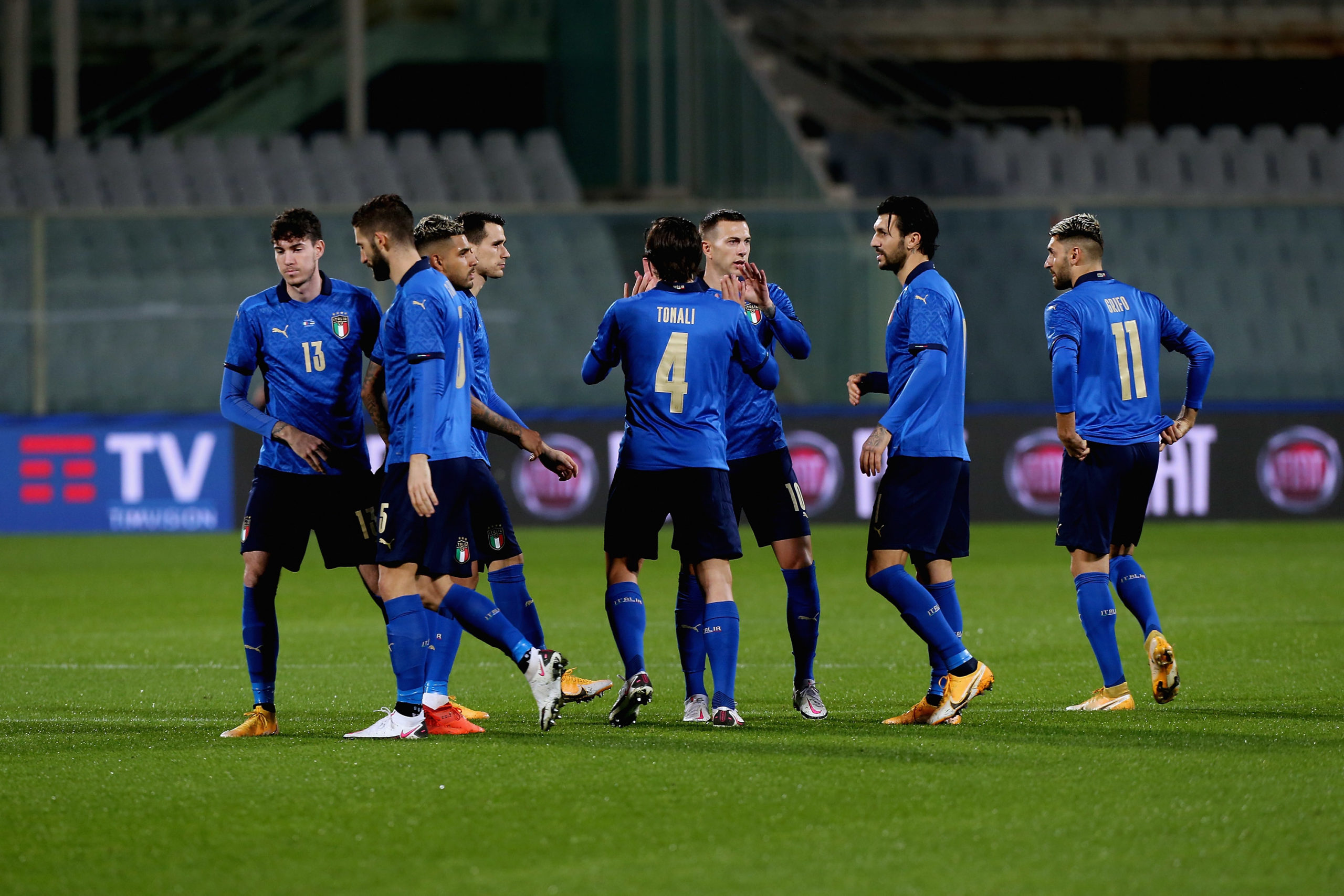 Italy will play hosts to Poland in the weekend’s UEFA Nations League action from the Mapei Stadium.

The Azzurri have picked up only six points from their four games in League A Group 1 and they are currently trailing leaders Poland by the solitary point.

Elsewhere, the Netherlands are right behind them with five points while Bosnia & Herzegovina are bottom of the table with just two points on the board.

Roberto Mancini’s side can claim the top spot in the group with a victory against Poland, but a defeat, on the other hand, would eliminate them from the race for the finals.

The Azzurri played Netherlands in an international friendly earlier this week which finished in a 1-1 draw. Poland, meanwhile, picked up a 2-0 win over Ukraine.

There have been 17 previous meetings between the sides and Italy have been the dominant side with six victories to three.

A draw has been a frequent result in the fixture and that was the case during Matchday 3 when they played out a goalless stalemate.

Poland are, however, winless in four meetings against the Azzurri with two draws and two defeats.

Juventus’ Giorgio Chiellini and West Ham United’s Angelo Ogbonna won’t feature for the Azzurri after suffering injuries prior to the international break.

Federico Chiesa and Alessio Romagnoli are doubtful for the contest while Danilo D’Ambrosio will serve a one-match ban after reaching the yellow card limit for the competition.

Poland don’t have any major players out with injuries, but they won’t have the services of Mateusz Klich as he is serving a one-game suspension similar to D’Ambrosio.

The games between Poland and Italy have been tight affairs in the Nations League and there have been only three goals scored in the previous three meetings in the competition.

The hosts have netted an average of 2.32 goals per game in the 25 matches under Mancini and they are currently unbeaten in 20 games across all competitions.

Still, they have struggled to find the back of the net in the Nations League this term with just three goals from four outings and we are only fancying a slender win for them.

Stats from Whoscored.com and 11v11.com