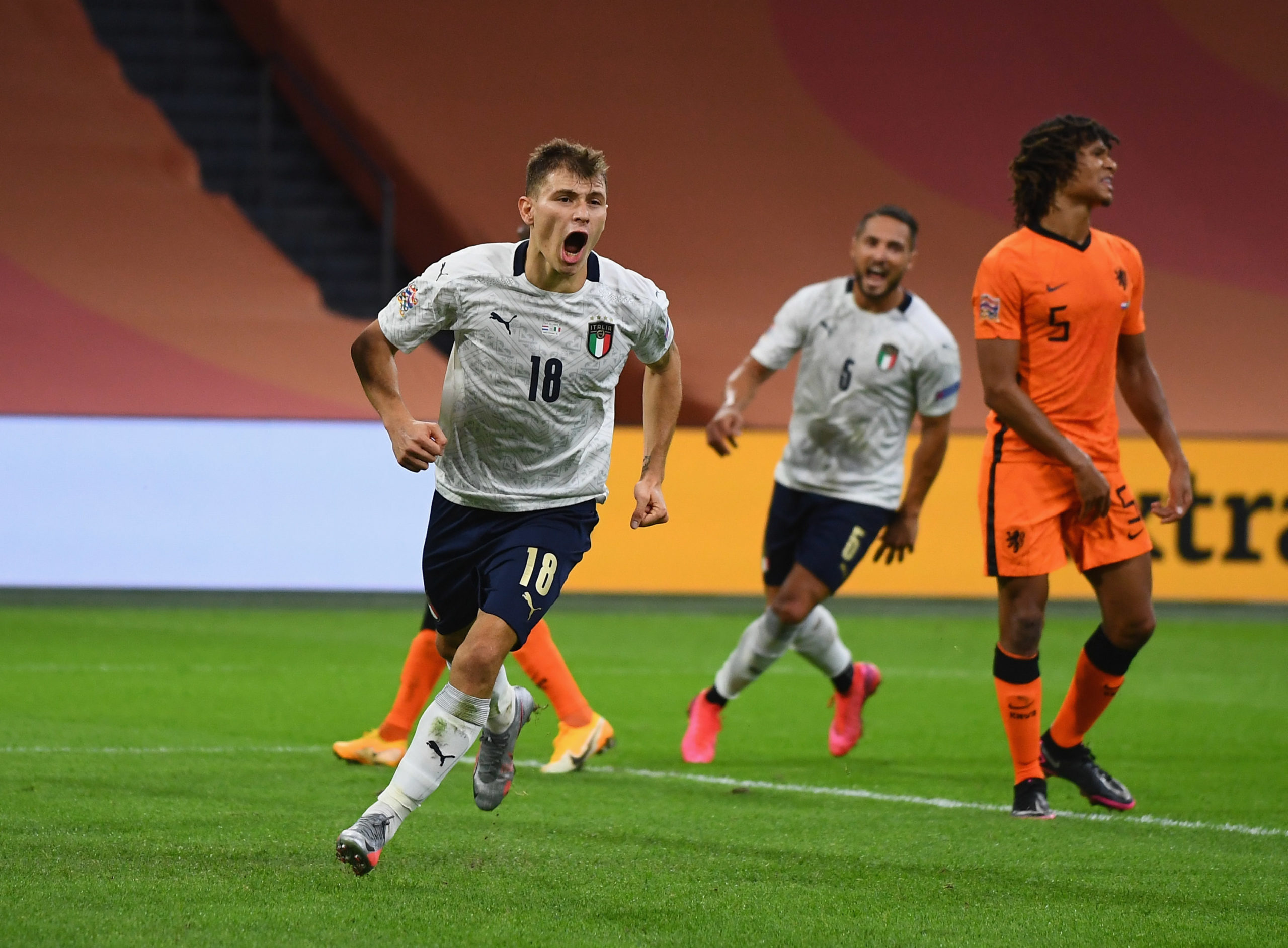 Italy will be aiming to preserve their spot at the top of their UEFA Nations League group when they face Poland on the road on Sunday night.

Roberto Mancini’s side started off their Nations League campaign with a disappointing 1-1 draw against Bosnia & Herzegovina at home, but they made up for the same with a victory over the Netherlands on the road.

Inter Milan midfielder Nicolo Barella scored the only goal of the contest prior to the interval and the Azzurri are currently at the top of their group with a one point lead over the Dutch.

Next up, they are scheduled to face Poland in Gdansk where their defence will have to deal with the threat of Robert Lewandowski, who was recently named the UEFA Men’s Player of the Year.

The nations faced each other during the inaugural edition of the Nations League in 2018. Poland produced a credible display on the road where they secured a 1-1 draw, but they were beaten on their home patch after a dramatic headed winner from Cristiano Biraghi in stoppage time. The 1-0 win meant that the Azzurri registered their first-ever win in the competition and while it was also the first in a competitive fixture under Mancini.

Nicolo Barella – Italy: Barella in his short career with the national side has impressed with his goalscoring exploits. The 23-year-old normally operates on the right side of a three-man midfield, but under Mancini, he has the freedom to make forward runs. He has already netted four times from his 14 caps and one of those goals came against the Netherlands last month, which turned out to be the winner. Barella managed four attempts on goal during that encounter and the Inter ace is not shy from testing the opposition keeper.

Robert Lewandowski – Poland: The 32-year-old had a record-breaking season with Bayern where he scored 55 goals while helping them win the treble. He has started the new season in fine form with five goals and three assists and was recently named UEFA Men’s Player of the Year. The Pole missed the opening two match days after he was offered a much-needed break and he will be eager to make his mark against a world-class Azzurri backline. Lewandowski also has a sublime record on the international stage with 61 goals from 112 caps.

Both teams are missing influential players (Piotr Zielinski and Lorenzo Insigne) after testing positive with COVID-19. Still, the visitors have the better quality of players on paper and they head into Sunday’s contest with a 17-match unbeaten streak. Lewandowski may get a goal for himself, but Italy can be fancied to come up with the three points to preserve their top spot in the group.

Stats from Transfermarkt.com, Whoscored.com and 11vs11.com