Achraf Hakimi’s move from Real Madrid to Inter seems to be all but done, so let’s take a look at why the transfer makes sense: 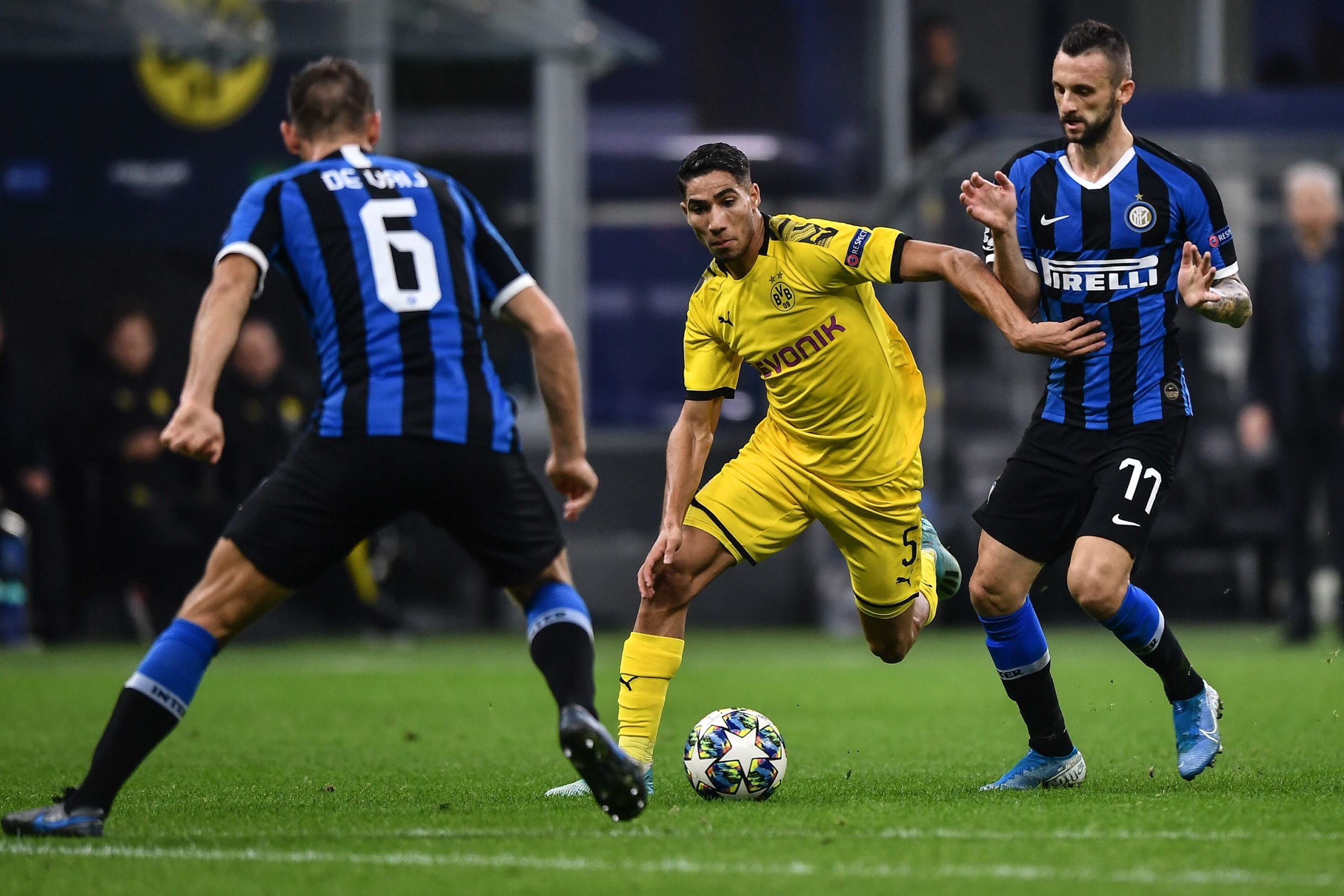 Football Club Internazionale Milano have been after the services of Achraf Hakimi recently, and it seems that the move will be finalised soon. Inter CEO Giuseppe Marotta has confirmed that they are in advanced negations with Real Madrid, and after links to Bayern, an extended stay at Dortmund and a return to Real, it appears that the fullback will be moving to Italy at the end of this season. So, let’s take a look at some reasons why the move makes sense:

Under Antonio Conte, Inter have switched to a 3-5-2 (which can be a defensive 5-3-2 at times). This means that they rely heavily on their wing-backs to provide width to their play. On the right side, they have started with Antonio Candreva most of the time, while Victor Moses and Danilo D’Ambrosio have also filled in.

Originally, Candreva was more of a winger, and although Conte has done well to convert him to a wing-back, getting 4 goals and 8 assists from the Italian in 30 appearances this season, his defensive contribution is not great. He averages a lowly 0.5 tackles per game this campaign, which is 0.2 less than Lautaro Martínez’s average of 0.7. Further, he is 33 years-old now, and it won’t be too long before he runs out of juice to patrol the right flank match in match out.

The other options, Moses and D’Ambrosio haven’t really been tested often. Their combined tally for starts at right wing-back is a meagre 6. Moses is on loan from Chelsea, and Inter have confirmed that they haven’t signed a loan extension yet. So he may not be leaving Milan at the end of this season. D’Ambrosio has been used on right of the back-three most often, meaning that he is a centre-back who Conte is trying to push to the wide areas. And in 18 appearances (in all positions) this season, he has a grand total of one goal and zero assists.

To sum it up, Inter really need a good right wing-back.

Antonio Conte (and an Unfulfilled Dream)

Exactly as the heading suggests, Conte is a major reason in Hakimi’s desire to move to Milan. Conte surely loves an attack-minded wing-back – think Marcos Alonso in Chelsea’s title-winning campaign. Unfortunately for him, he has never had the privilege of coaching a prodigious wing-back, and has been forced to make do with sub-par ones like Victor Moses and at times, even had to convert wingers such as Antonio Candreva to a more defensive role.

The man of his dreams would be Achraf Hakimi. The Moroccan international is consistent, quick, can deliver wicked crosses, and also scores a few goals. At one point in the season, he started 25 consecutive games for Dortmund. He has a tally of 9 goals and 10 assists this campaign, and averages 1.1 key passes every time he steps on the pitch. He’s not bad in defence either, and averages 2 successful tackles per match (4 times more than Candreva). He also became the second-quickest player in Bundesliga history as he clocked up a rapid 36.2 km/h. The best part is that he is only 21 years of age, and has a lot of time ahead of him.

If Conte has ever seen Hakimi play (which he probably has), he will probably already be in love. And when the transfer is announced, he’ll most certainly be the happiest man in all of Italy. It clearly is a match made in heaven.

No Openings At Real

Real Madrid do not need another right-back currently. Dani Carvajal is the regular starter on the right of the back 4, and has looked solid for most of the season, amassing a respectable tally of 6 assists. He’s 28 years-old right now, so he has quite a lot of time ahead of him. Álvaro Odriozola’s loan-spell at Bayern is also set to end, and the 24 year-old will probably serve as a more than capable replacement in case Zidane needs him.

The other problem for Hakimi is that he has usually played as a wing-back, whereas Real do not field a back-three. Los Blancos look to their right-backs for their defensive contribution primarily, but Hakimi is a more forward-thinking player. So clearly, he doesn’t seem to fit Real’s system, and won’t have a place in their Starting XI.

And of course, there’s the financial angle. The Coronavirus crisis has certainly impacted every club, and Real are renovating the Santiago Bernabéu in the meanwhile. They could surely use some funds to help with that, and €40m for Hakimi will certainly help.

In short, Real Madrid don’t really have a place for Hakimi in their system, and are better off cashing in on the Moroccan.

As depicted above, this transfer seems to make sense in every aspect. Hakimi wants game time, Inter want a top-quality wing-back and Real don’t really need him, and could use some extra finances. It’s a transfer that works for all parties on paper, but will it work on the football pitch? We’ll only find out next season.