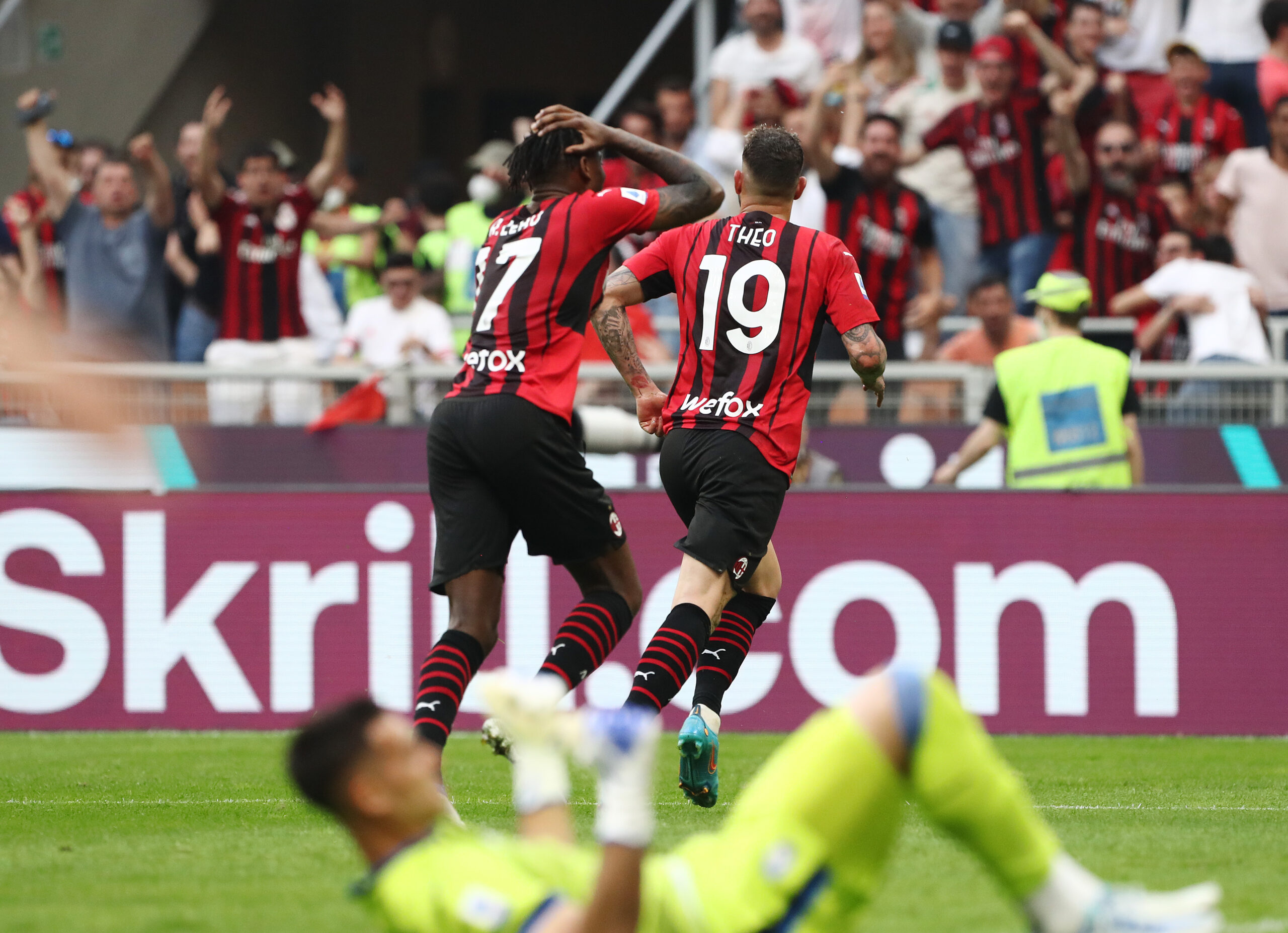 AC Milan are on the verge of claiming their first Scudetto since 2010/11, but they still need a point on the final Serie A weekend to dethrone city rivals Inter Milan.

It has been one hell of a season for last year’s runners-up Milan, who enter the closing matchday of the 2021/22 Serie A campaign with a two-point lead on second-placed Inter.

Stefano Pioli’s side have started this campaign as outside favourites to win the title, yet they have defied every expectation to come within touching distance of their first domestic success in over a decade.

The Rossoneri head to the Mapei Stadium to take on mid-table Sassuolo, poised to avenge a 3-1 defeat in the reverse fixture and round off an outstanding Serie A season in style.

On the other hand, reigning champions Inter are lurking in the shadows, hoping the Neroverdi could sink their arch-rivals twice in a single season for the first time.

Simone Inzaghi’s men entertain bottom-half Sampdoria at the Stadio Giuseppe Meazza and should walk away with all three points, barring a major upset.

However, the Scudetto fate remains firmly in Milan’s hands.

Both season-defining games, coupled with other Serie A fixtures, are available to watch live online via soccer streaming sites.

Sassuolo have won their last two matches against Milan and could beat them in three consecutive Serie A meetings for the first time in their history.

Alessio Dionisi’s lads do not have much to play for, to be honest, as their best achievement could be another top-half finish, though even a draw will do the trick.

The one thing Dionisi will demand from his players is a defensive composure and stability after seeing his team concede at least one goal across their last 15 league outings at Mapei.

Sassuolo’s defensive frailties could be everything free-scoring Milan need to wrap up an all-important three points and waltz away with the crown.

Pioli’s men have won their last five Serie A games on the trot, netting 2+ goals in four of them, while they also boast the best scoring ratio on the road in this Serie A season.

They have netted an impressive 38 goals on their league travels thus far, averaging 2.11 per match.

More importantly, Milan are the only side in Serie A to have lost just one of their 18 away league fixtures this term (W13, D4).

After Inter’s comfortable 3-1 victory at relegation-threatened Cagliari last time out, Inzaghi admitted he is reluctant to give up his side’s title hopes, as relayed by TUTTOmercatoWEB.

The Nerazzurri come into the final weekend in high spirits after winning their last three league matches by an aggregate score of 9-4, including a 4-2 comeback triumph over Empoli in their most recent home game.

Inter dispatched old foes Juventus 4-2 in the Coppa Italia final to lift their first trophy in the competition since 2010/11 and will be relentless in their quest for more glory on Sunday.

Inzaghi’s team will turn to their eye-catching four-game winning home league streak against Sampdoria for inspiration.

Sampdoria may not have anything but pride to play for at Meazza, but that did not stop them from denting Fiorentina’s Europa League qualification hopes with a 4-1 thrashing at Luigi Ferraris last time out.

Marco Giampaolo’s men will be out to prove their scintillating romping of La Viola was not just a one-off, though a three-game winless away streak (D1, L2) does not look promising.